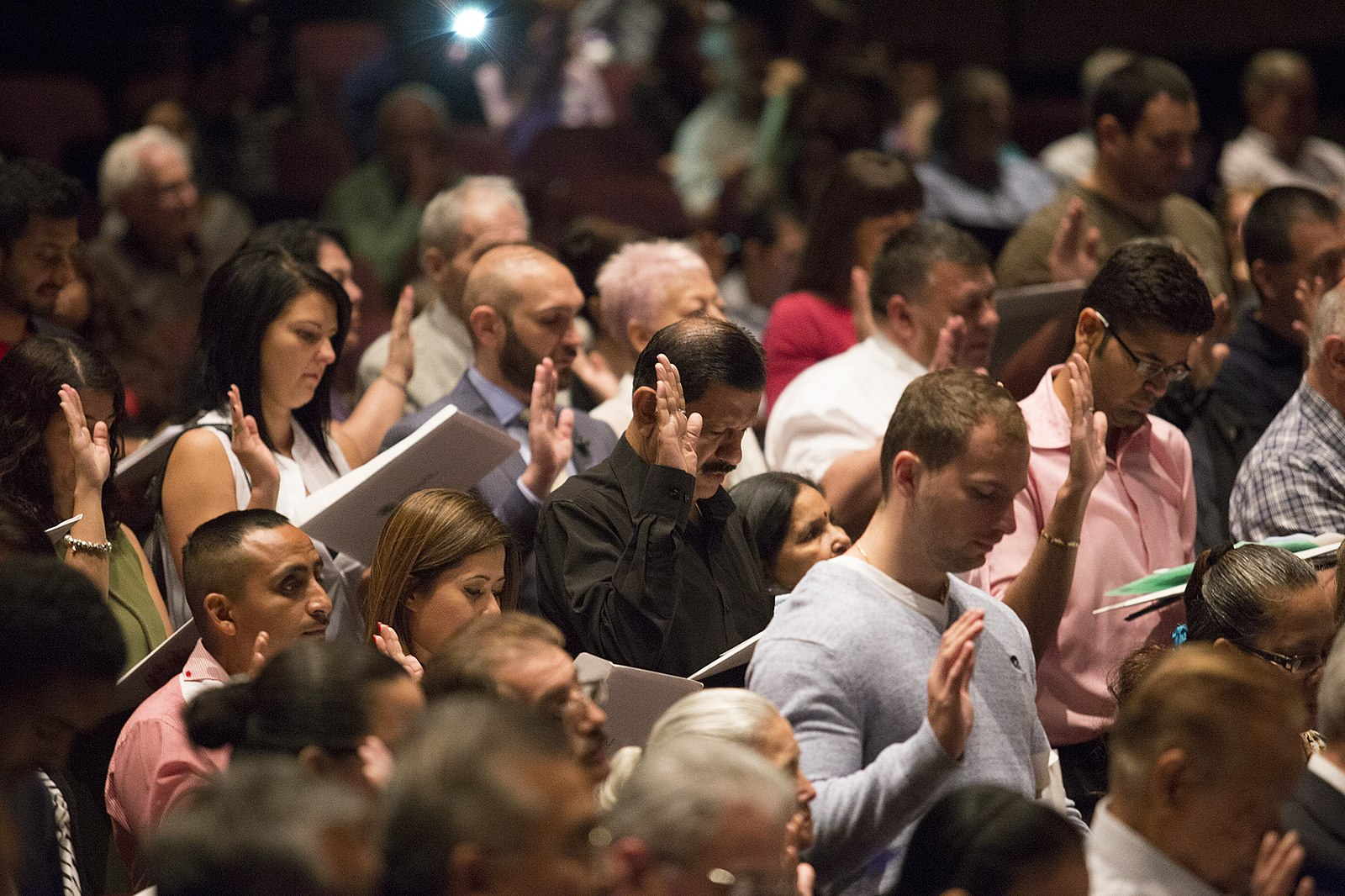 As part of a greater move to undo the previous administration’s rhetoric and messaging against immigrants, President Joe Biden is doing away with a 2020 version of the civic exam for people seeking citizenship. In its place: an older version of the test used before the Trump era.

Former President Donald Trump implemented his version of the exam near the end of his presidency with little notice, concerning many immigration advocates. It featured 20 questions from a list of 128 possible questions. The prior version, initially implemented in 2008, featured 10 questions from a shorter list of 100 possible questions. Many also felt the Trump citizenship test lacked transparency and included confusing wording changes. Biden’s policy now allows people to take the 2008 test.

According to the U.S. Citizenship and Immigration Services, the reasoning behind the change is to undo procedures that “create potential barriers to the naturalization process.” Critics of the past test said the test was harder for people who were entering the country still learning English, and featured nuanced questions about topics like states’ rights and original colonies.

Some immigrant advocates have pointed out that most U.S.-born citizens would fail a citizenship test. According to a national survey by the Woodrow Wilson National Fellowship Foundation, only one in three Americans could pass a test consisting of questions from the 2008 version.

This is why the 2020 test was seen to many as a way to further block immigrants from gaining citizenship. In a policy alert announcing the change last month, U.S. Citizenship and Immigration Services explained:

“USCIS received approximately 2,500 comments from the public regarding the 2020 civics test and the policy. Multiple commenters noted that there was little advance notice before implementation of the 2020 civics test, which raised concerns about limited time for study and preparation of training materials and resources.”

Eric Cohen is the director of the Immigrant Legal Resource Center, a San Francisco-based organization that helps permanent residents apply for citizenship. He was one advocate pushing against Trump’s updated policy.

“It’s a last-ditch effort on their way out the door for the administration to keep people from realizing their dreams of becoming citizens,” he previously commented on Trump’s version.

Biden’s policy was set into motion on March 1. Some immigration advocates have praised support for the swift change. Courtney Holsworth of the Immigration Legal Resource Center called the restoration of the old test a “critical step” toward repealing “needless and arbitrary policies” from the previous administration.

Right now there exists a backlog of more than 700,000 individuals in the naturalization process awaiting to become U.S. citizens.