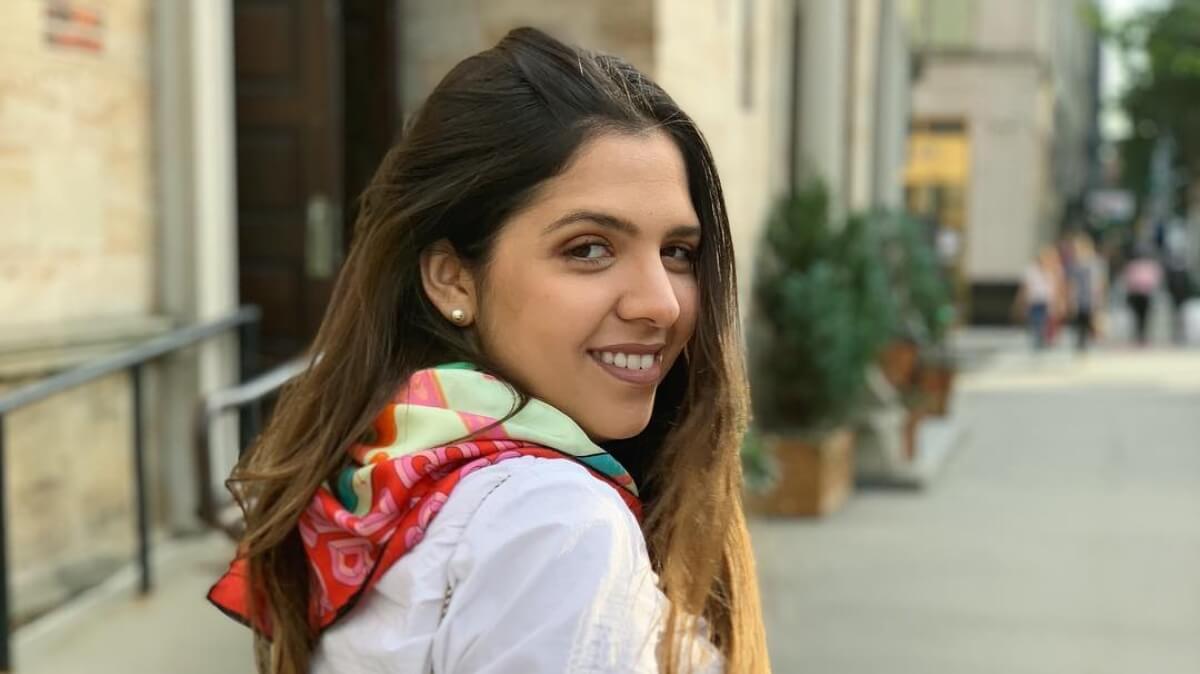 How the pandemic inspired this Latina to start working for herself

Alesia Nava took a risk and started a new design business during the pandemic. Here she is modeling one of the scarves she designed in New York City. Photo courtesy of Alesia Nava.

Like millions of U.S. workers this year, Alesia Nava found herself without a job at the beginning of August thanks to the coronavirus pandemic. But she, like a rapidly growing number of Latinas, tapped into her entrepreneurial spirit to keep afloat financially.

Having moved to New York City from Florida only three years ago to pursue her career in fashion, Nava found herself in a tough spot when she first lost her job. She had to decide what she was going to do next in order to pay rent. Her choice? Starting her own business.

“My boss waited until the [CARES Act] passed so I could claim the benefits, and when I got my first relief check, I decided to use that money to start my business,” Nava said. “Even when I was working at my last job, which I really liked, I still didn’t feel a hundred percent accomplished, because I was working for somebody else’s dream. Now everything depends on me and the work I do.”

Nava, who is originally from Venezuela, started her own brand of silk scarves, which she designs and prints herself. Additionally, she runs a podcast with her best friend and designs illustrations for her sister, who is a poet.

“We are opening new businesses at the highest rate in the country. We have rising rates of college enrollment and degree attainment,” Mónica Ramírez, co founder and president of the nonprofit Justice For Migrant Women, told PopSugar. “Put simply, we are excelling in every sector and industry in our country(…).”

Despite these promising statistics, Ramírez pointed out that there is still much to be done in terms of pay equality. After all, Latinas are at the lowest of the pay wages compared to all their other female counterparts, who are already getting paid less than men. Luckily, even as the coronavirus continues to hurt Latinos more than any other group in the U.S., there’s already dozens of new Latina-owned businesses since the pandemic started.

“When you come to the U.S., especially from a country so turbulent as Venezuela, you kind of feel like you are a ‘country orphan’,”Nava said. “I think that is why I have been wanting to work so hard and make a name for myself here.”

As for Nava, she decided against looking for another job. Instead, she is set to become a full time entrepreneur, and hopes to grow her shop into a textile business.

“I think my advice for a person who wants to start a business and is afraid to do so, would be to dare to do it, start wherever,” Nava said. “The best thing is to start, even if it is for the smallest thing, and to improve along the way. In the end, it will all be worth it.”