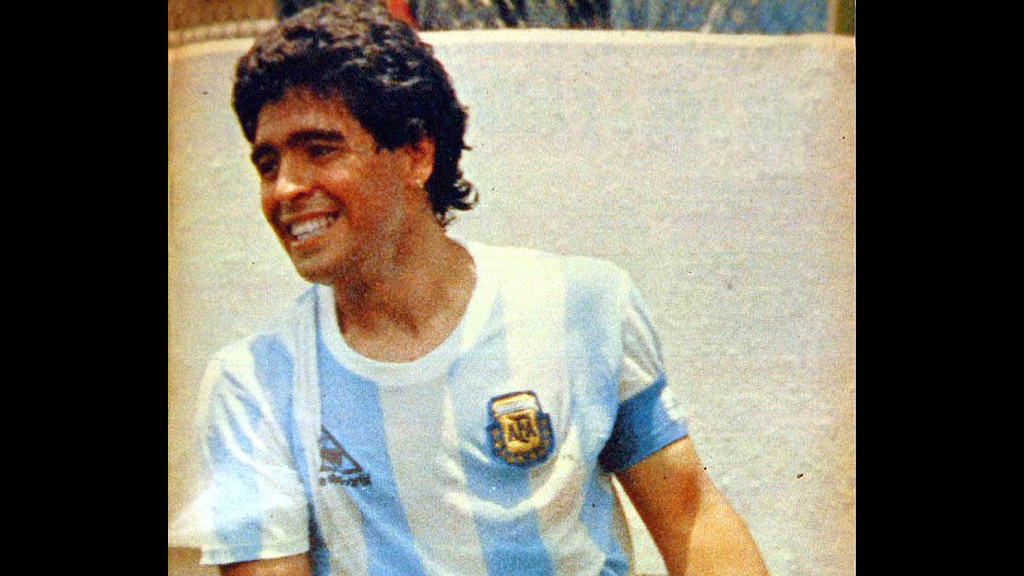 This is what Diego Maradona meant to Latinos

Diego Maradona during a 1986 FIFA World Cup in Mexico, playing against Italy. The world-renowned Argentinian soccer player died on November 25th, and Latinos are honoring his legacy. Photo: Wikimedia Commons

Suffering from a cardiac arrest, iconic Argentinian soccer player, Diego Maradona, died on November 25th at 60 years old. He is remembered for rising to world-class prestige as one of history’s greatest soccer players, fueled by his perseverance despite humble beginnings.

“Exuberant, full of feeling, cunning, ruthless, excessive, successful, joyous, wrecked. He was our hero,” writes Marianela D’Aprile, an Argenitian writer based in Chicago. She recalls the loving nicknames Maradona was known as during her childhood — “El Diez, el D10S, and he was also el Diego, like a cousin or a neighbor.”

For Argenitians like Marianela, Maradona represents a familiar part of working-class life that was given more visibility as he came closer to worldwide stardome. One of his biggest accomplishments was leading Argentina to win the World Cup of 1986, which further cemented the possibilities of Latin Americans from a modest upbringing. He was born in the outskirts of Buenos Aires, Argentina, in Villa Fiorito, a neighborhood rife with poverty and violence. He was the youngest of five, raised by his father who was Guaraní, a South American indigenous group, and his mother, who was of Italian descent.

But the impact he had on sports goes beyond Argentina. The global reactions to his death can give insight into his truly legendary impact on soccer. People across the world continue to pay homage to his legacy, days after his passing. In Italy, Naples’ mayor,  Luigi de Magistris, renamed the San Paolo stadium after Maradona.

His legacy is also remembered deeply with Latinos in the U.S. Nadia Grenier is a Mexican-Colombian who grew up in California and says Maradona leading Argentina to victory helped her form her identity. “I’ve never met my South American family and I’ve always been aware that I was different from the rest of my very Mexican extended family, but when Argentina won, none of that mattered and we all partied so hard,” Nadia said.

Maradona’s highs did not come without lows. While known for his superhuman talent, Maradona also suffered from a dangerous cocaine addiction that brought him multiple legal and personal repercussions. He also underwent treatment for alcohol and food addiction.

Although Maradona’s legacy is complicated, his impact on soccer is undeniable. “I love walking past the Diego Maradona mural outside of Napoli Pasta Bar in Washington, D.C. I always get good vibes from it and love seeing a Latino displayed on a mural in the nation’s capital,” said Gustavo Contreras of NPR’s All Things Considered. “Shows he really cared about the sport and was a Latino ambassador to the game.”