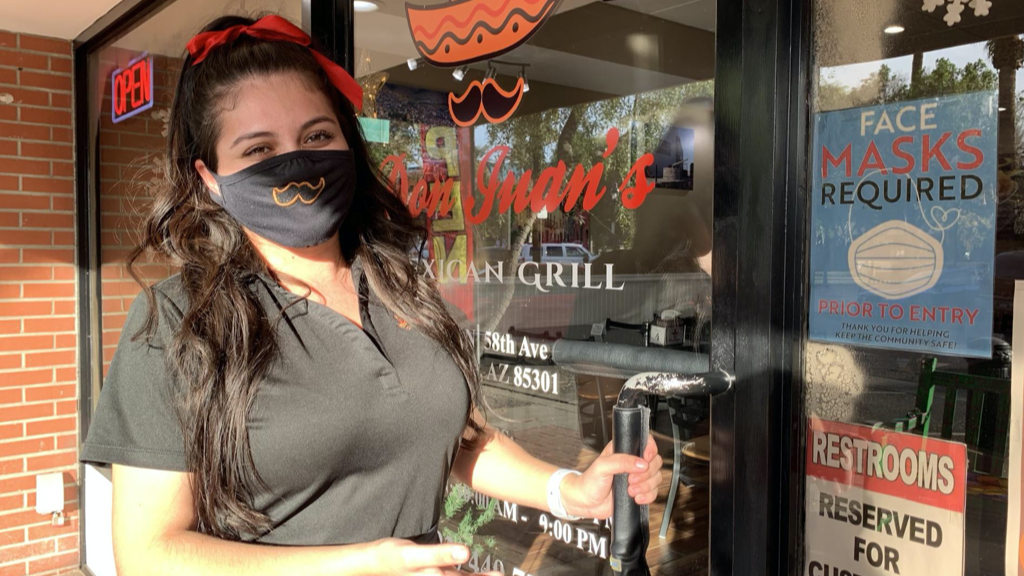 The holidays could make-it or break-it for small Latino-owned businesses trying to stay afloat in the COVID-19 economy.

While Latino-owned businesses were booming prior to the pandemic — their overall revenues were up 10% compared to the previous year — everything changed this past spring when the coronavirus struck the U.S.

Sales from Latino-owned businesses plummeted 42% between February and April of this year, and took a dive of 21% from September 2019 to September 2020, according to the latest Biz2Credit Latino Business Study.

“Until the COVID-19 set everyone back, Latino-owned businesses blossomed during the past year,” said Manuel Chinea, chief operating officer with Popular Bank. “As the economy emerges from the pandemic, we expect to see them in the forefront of the economic rebound.”

But the pressure is on for some small Latino-owned businesses, such as ma-and-pa restaurants, that opened to harsh economic conditions during the height of the pandemic.

“Those are definitely the better days, those are the happiest days for sure,” said Ahmani Lucia Mejia, whose family owns and runs the restaurant.

Since then, “It has been slow, it’s been difficult to say the least, but we’re optimistic. It’s not what we anticipated,” Mejia said.

The family has tried a number of approaches to bring people in, such as offering free dessert, free delivery, offering special discounts on some menu items, and even running a food drive as a way of giving back to the community. And despite positive reviews on Facebook and Google, citing the “amazing” food, “friendly” staff and “intimate” environment, some weeks, the restaurant sees zero customers, Mejia said.

That’s meant making a few adjustments, including scaling back its menu, along with its hours. For the time being, the restaurant is open only on Saturdays, but remains available during the rest of the week for appointment-based catering and deliveries.

The big hope, Mejia said, is the holidays.

“I like to think that this winter season is going to be incredible for us. We’ll get a great influx of customers ordering a dozen tamales for Christmas,” she said.

Just around the corner and down the street from Santos is Don Juan’s Mexican Grill, which also opened its doors amid the pandemic, in July.

“We did get discouraged a little bit. To this day, every single table has not been occupied, we have not reached a full house,” said Cristal Rodriguez, manager of the family-run establishment.

That’s because the restaurant, like others, closes off every other table as a health and safety precaution, keeping customers six feet apart from one another.

“That was something we never prepared for,” Rodriguez said.

Still, the restaurant is thriving despite the pandemic, she said. An “okay day” means 100 orders, and the restaurant is at the point where it’s taking reservations. The growth has also meant hiring more staff. Don Juan’s now employs five kitchen staff, eight servers, two hostesses, a manager, and an assistant manager.

With the holidays here, the restaurant is looking to hire even more staff, which it just announced on social media last week. It’s also considering extending its hours, currently 10 a.m. to 9 p.m. seven days a week. Soon, Don Juan’s may end up expanding its menu to include breakfast, and in the not too distant future, could potentially open a second location, Rodriguez said.

She credits strong word of mouth from customers and positive reviews for her restaurant’s success. “Just having the support, honestly that’s all that it is. And of course, quality of food and customer service,” she said.

Though Santos Tamale Kitchen has yet to see the same flow of customers come through its doors, Mejia said any Latino thinking of opening a business, even during the pandemic, should at least give it a try.

“Follow your dreams and what you want to do, and do not hold back. You may not know the outcome unless you take a risk,” she said.