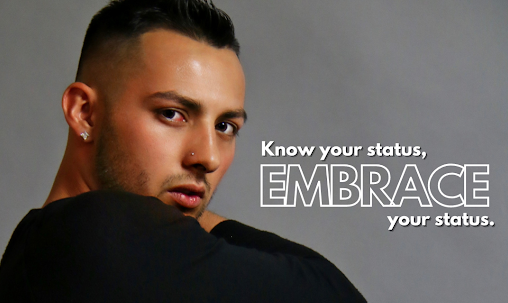 Dec. 1 marks a day of remembrance for those lives lost to the AIDS virus, and a day to raise awareness about prevention and testing. When one-fifth of people living with HIV are Latino, and a quarter of new infections are occuring in Latino communities, more needs to be done to protect our loved ones.

The stigma around HIV within Latino communities impacts the turnout of testing among Latinos. Many Latinos do not get tested for fear of disclosing their sexual orientation, and for the fear of social rejection, according to CDC findings. HIV stigma stems from fear and misinformation of the virus.

Increased poverty and racial discrimination also contribute to the lack of adequate preventative HIV resources and health care among Latinos in the U.S. Approximately only 59% of Latinos who are HIV positive are receiving the treatment they need to live long and healthy lives, while maintaining an untransmittable viral level, according to the CDC.

The AIDS global epidemic began in June 1981, and has claimed the lives of 32.7 million people since the start of the outbreak according to the Joint United Nations Programme on HIV and AIDS (UNAIDS). Fear of AIDS was fueled by homophobia, as some called the epidemic the “gay plague.” Homophobia continues to be a major barrier to ending the HIV stigma.

Organizations like the League of United Latin American Citizens (LULAC) are working to fight for HIV resources in U.S. Latino communities. LULAC is teaming up with the Center for Disease Control and Prevention (CDC) on the Partnering and Communicating Together (PACT) initiative, to increase testing among Latino communities and raise awareness in prevention and resources provided by local organizations.

“In 2020, LULAC recognizes the importance in re-committing ourselves as a nation to eradicate this epidemic and dissolve the stigma on HIV/AIDS fed by fear and myths,” says Sindy Benavides, LULAC National Chief Executive Officer.

Through the PACT initiative, LULAC was able to aid in administering over 1,798 free HIV tests in 2018. LULAC also has a dedicated HIV awareness page on its website, with information on free local testing and resources.