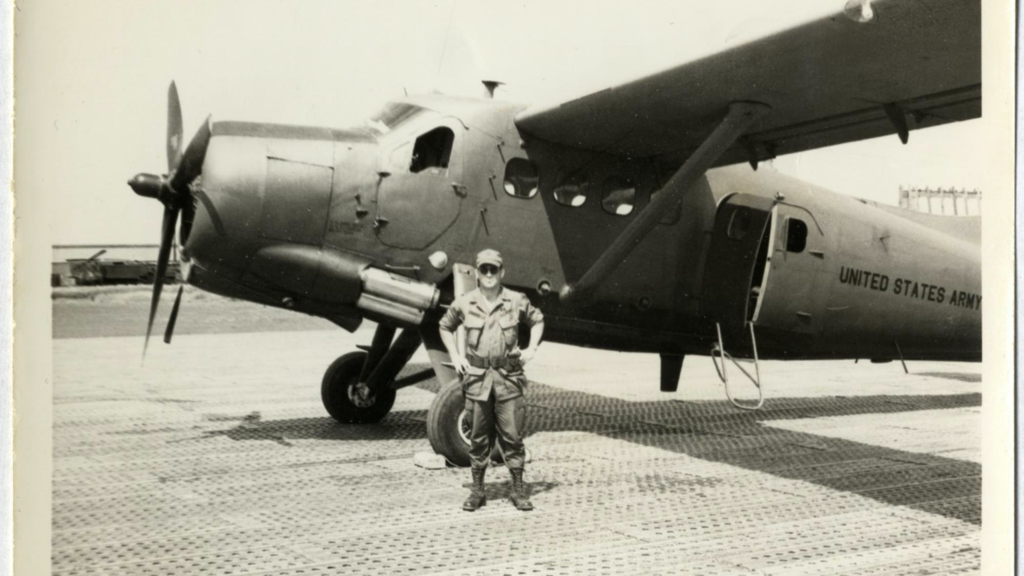 On Veteran’s Day, we honor Latino soldiers like Richard Brito

Army veteran Richard Brito, a native of Brownsville, Texas, served in Vietnam and Panama in his distinguished military career. After leaving the Army, he served for many more years in the Air National Guard. Photo credit: Courtesy of the Voces Oral History Center

From 6th grade, Richard Brito knew who he wanted to be. He remembers being asked at his Brownsville, Texas, Catholic prep school, St. Joseph’s Academy, what he wanted to do when he grew up. He wrote down “Army captain.”

“From the age of 12, I always knew that I wanted to be in the military,” he says.

Brito is one of the millions of Latinos who have served in the U.S. military and who the country honors every November 11th, Veteran’s Day. As of 2017, Latinos made up about 36 percent of active military duty personnel.

Like many other veterans, Brito was part of the University of Texas at Austin’s ongoing Voces Oral History Center, which documents the lives of Latinos and has featured projects focused on World War II and Vietnam War veterans. Nine hundred and fifty six veterans have been interviewed for the project.

“Richard Brito is a quintessential patriot ー from a family of military patriots. He and three of his brothers served our country. And after his discharge, he continued giving back,” said Maggie Rivas-Rodriguez, the founder and director of the Voces Oral History Center.

Brito says that he doesn’t specifically celebrate Veteran’s Day, but he is extremely proud of his Army service. He joined the Army in 1965, following his three brothers into the military. After serving in the 8th Special Forces Group in the Panama Canal Zone and as chief of the Military Operations Division for Civil Operations and Revolutionary Development Support in Vietnam, he left the Army in 1970. As a captain.

He was recruited for his airborne division experience to work full time for the Texas Army National Guard until 1994.

Brito says that being Latino and servicing in the military during that time period didn’t bring unfair treatment because the Army’s ranks were so filled with Hispanics. “When I joined the military in the ‘60s, there were a lot of Hispanics in the U.S. in the military. I honestly didn’t see a lot of discrimination.”

Army and Texas National Guard veteran Richard Brito says he believes clear communication skills are vital for anyone who wants to succeed in their careers. Photo credit: Courtesy of the Voces Oral History Center

What he said was most important during his service was clear communication between soldiers. It’s a skill he helped mentor other soldiers on during his time in the service, and that he still believes is critical for anyone who wants to succeed.

After retiring from the Texas National Guard, he worked for several years helping start a computer testing company while his wife worked at Dell Technologies. Now 76 and happily retired, Brito lives in Georgetown, Texas with his wife of 56 years and he has two daughters. He has a son in law who is a colonel in the Air Force.