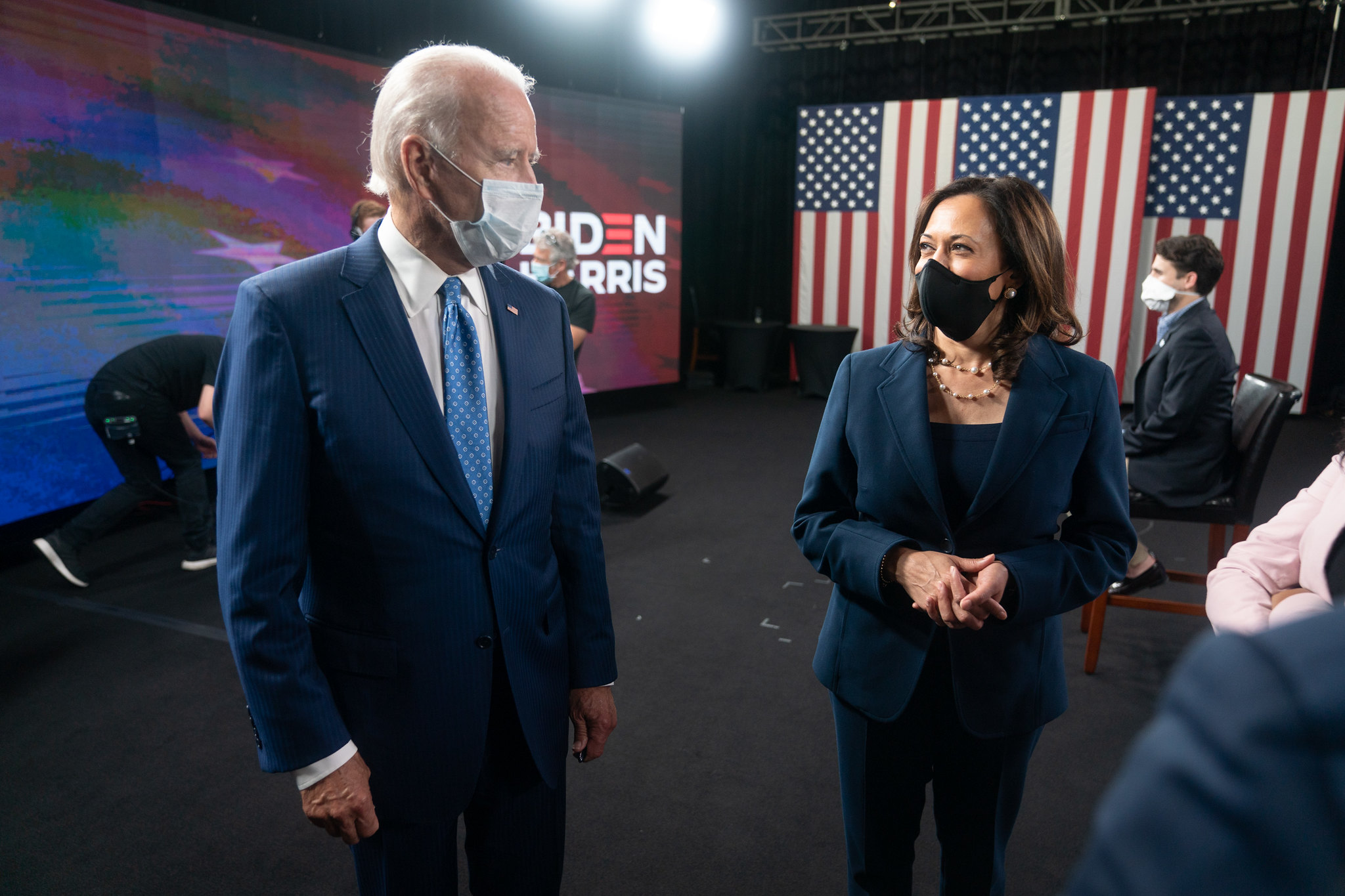 Latino Biden supporters rejoice as he is chosen U.S. President-elect

On Saturday morning many Latino supporters of the Biden-Harris ticket sighed a collective sigh of relief as their phone screens and televisions declared Joseph R. Biden Jr. winner in the 2020 presidential race.

“Powered by the largest #Latino turnout in history, the American people have spoken and it is time for our country to move forward” read a tweet from Janet Murguía, president and CEO of the advocacy organization Unidos US, following the results and echoing rejoicing by Latinos across the country. “This one is for the 545 kids we are going to reunite with their parents,” tweeted Cristina Tzinzún Ramirez, a labor organizer and founder of Jolt.

After surpassing the 270 necessary electoral votes, and even as some states continue to finalize vote counts, Biden became president-elect after winning the pivotal state of Pennsylvania, where he was born. As many as 6 in 10 Latinos in Pennsylvania supported Biden, according to exit polling. His victory represents a culmination of four years of struggles by disenfranchised communities, and the majority of voters rejecting president Donald Trump’s divisive conduct in office, cruel separation of families at the border, and harmful handling of the coronavirus pandemic.

“It’s time to put the anger and the harsh rhetoric behind us and come together as a nation,” Biden said in a statement his campaign released on Saturday. Biden had amassed a record 74.4 million votes by early Saturday, beating Trump by more than 4 million votes.

The Biden-Harris win also represents historic firsts, as voters elect Kamala Devi Harris as the first woman, first Black person, and first Indian American to become Vice President. It also means a new cabinet of leaders. The president-elect is expected to nominate a mix of progressives, moderates and even a few Republicans to satisfy a broad coalition. Biden is expected to nominate the most diverse Cabinet in history, to help him tackle an historic pandemic and rebuild the economy. Former presidential candidate and Secretary of State Hillary Clinton acknowledged this historic win in a tweet commending the Democratic voters that made Biden’s win possible.

Preliminary vote counts show that Biden appears to have gotten support from roughly twice as many Latino voters as Trump. Although the Latino vote is diverse, ranging from young progressives to conservatives with traditional views, and reflecting the same diversity and complexity of the Latino community, nationally there is no doubt that the Latino Biden vote was solid.

One poll shows 66% of the Latino vote going to Biden, and another poll from Latino Decisions gives Biden 70% Latino support. Results showed “higher than predicted young latino voters” turned out in key states including Arizona, Texas, Florida, and North Carolina, according to Stephen Nuño-Perez, senior analyst at Latino Decision.

Latino voters strongly supported Biden in several key battleground states, according to results of a nationwide CNN exit poll. Biden’s campaign won some segments of Florida’s Latino electorate, where over half of the Latino votes went to Biden, although Trump claimed Cuban American support across the state. Biden also captured the Latino votes in Georgia and Ohio, key places that supported his path to the White House.

In Arizona, Latinos support was strong and was called “the perfect storm” by Chuck Rocha, founder of the pro-Biden Nuestro PAC and architect of the Latino strategy for the Bernie Sanders campaign. Preliminary results for Arizona show that Latino voters favored Biden by nearly 2 to 1, many of these under the age of 30.

Issues and what’s next…

The issues that Latinos care about the most are not much different than what all voters care about. Their strong support of Biden shows agreement of his plans to fix the economy, support health care access, and improve responses to the coronavirus outbreak, three of the most important issues that took them to the poll according to a PEW Research Center study.

Shortly after the race was called for Biden, Trump pledged to challenge the results in court and falsely claimed to have won “by a lot” in a tweet, despite being at risk of losing in the electoral college by 306-232. For his part, Biden expressed confidence in his eventual victory, vowed to be a president for all Americans, to begin the challenge of uniting the country noting “to make progress, we have to stop treating our opponents as enemies.”

Josefina Casati (she/her/hers) is Pulso’s Editorial Director. She is an award-winning journalist who previously led the Spanish-language publication ¡Ahora Sí! in Central Texas. She and her husband live in Austin, Texas with their son, daughter, dog and cat. 📧: j[email protected]