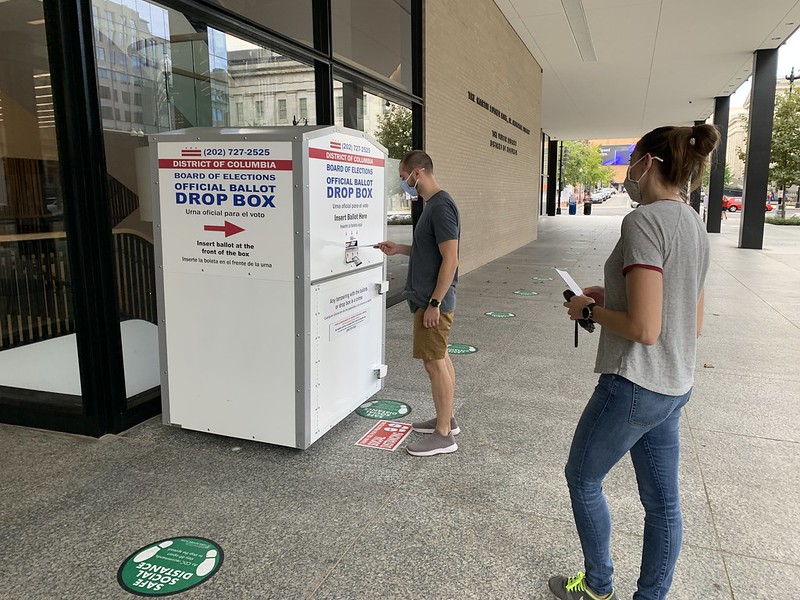 As voting ends, will all Latino ballots be counted?

Election experts are saying there’s evidence that record numbers of Latinos cast early votes in this year’s Nov. 3 election, at a rate of 2.5 times more than in 2016. This is especially true in border counties of states such as Texas, Arizona, and California.

What remains to be seen possibly for days after election day, is whether all Latino votes will be counted. In states like New Mexico, many Latino voters are worried that the rise of mail-in balloting due to COVID-19 will mean that some votes are disqualified or simply not counted. Due to the COVID-19 pandemic, many in the Latino community have been worried about older voters and those who have compromised immune systems putting themselves at risk by going to polling places in person. Latinos have been hospitalized for COVID-19 at rates as high as 4.5 times more than whites, according to recent CDC data.

The virus has also affected the pool of seniors who typically serve as poll workers. “I heard because of COVID-19, not a lot of seniors might be volunteering. So I had to help out,” said Guillermo Surraco, a 60-year-old poll worker in East Palo Alto, California.

Hesitation to vote in person, however, has not been limited to seniors. I don’t want to be part of a bigger problem by going out to the polls,” Lorenzo Becerra, a 23-year-old voter in Las Vegas told NBC News. Becerra lost several relatives to COVID-19 this year, and was planning to mail in his vote. “It’s a really important election and I don’t want to do anything wrong and get my ballot sent back or not counted. I just want to get it right the first time,” he said.

Rather than offering an easy way to submit mail-in ballots, also known as “absentee ballots,” some states created restrictions on those ballots. Additionally, the U.S. Postal Service on Sunday was reprimanded by a federal judge for moving ballots by mail too slowly. In 28 states, ballots that didn’t arrive by election day are not counted, even if they are postmarked before election day. And some states have tried to limit the number of drop-off ballot box locations, for voters who didn’t want to return their filled-out ballots through mail. On Monday, a judge ruled that in Texas’s Harris County, 127,000 votes wouldn’t be thrown out for being filled out at a drive-thru location.

Mail-in ballots can be rejected once they’re received for reasons including a missing signature on the ballot envelope, or a signature that doesn’t match the person’s voter-registration signature. Surprisingly, if someone dies after casting an early ballot, their vote may not be counted in some states.

Organizations such as Hispanic Federation, and MOVE Texas were still pushing for Latinos to get out and vote in person on election day.

To find links for every state to check whether a mail-in ballot has been received and counted, visit the website CNET. And to see how long it might take for all ballots to be counted in six key states, NPR has estimates. For more resources, check ProPublica for a pandemic-era guide to making sure your vote counts, whether it’s by mail or in person.