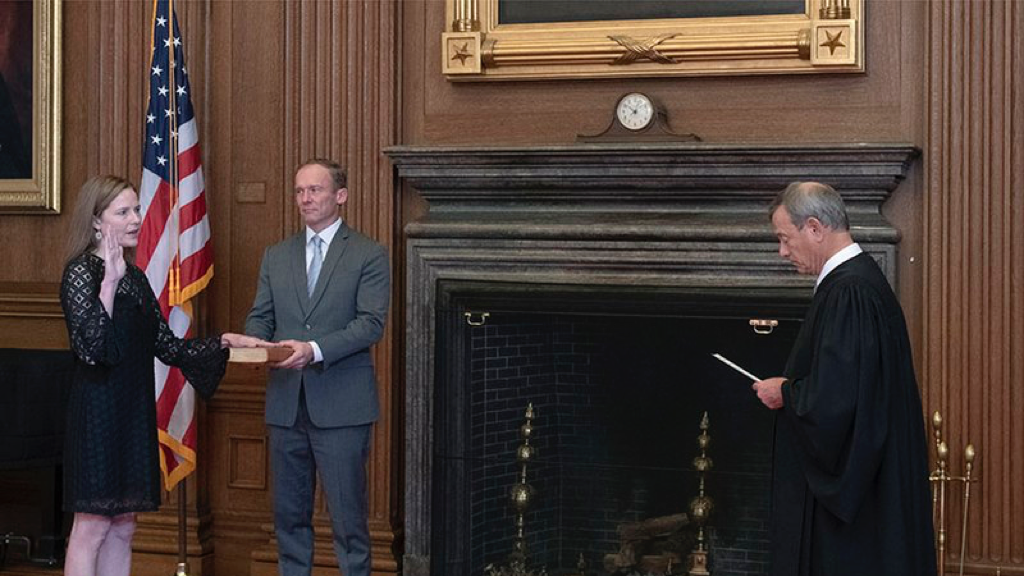 On Monday, the U.S. Senate voted to confirm Amy Coney Barrett to the Supreme Court, capping a quick process that was criticized for occurring in the middle of a presidential election. The confirmation also raised concerns among Latino politicians and activists about Barrett’s views on issues including immigration, health insurance, abortion, and discrimination.

Of concern to some of these groups is whether Barrett might vote in favor of dismantling The Affordable Care Act (ACA), which was passed in 2010. If the ACA is repealed, as many as 21 million Americans could lose access to health insurance.

Barrett drew attention in the Latino community for one of her responses during her nomination hearings. When asked by New Jersey Democratic Senator Cory Booker whether she believes separating immigrant families who come to the U.S. is wrong, Barrett declined to offer an answer, saying she couldn’t be drawn into a debate on the matter.

Before the confirmation, the National Catholic Reporter criticized the nominee, who is Catholic, saying the Senate should reject the nomination because of Barrett’s stances on issues such as climate change.

One conservative Latino group, The Libre Initiative funded by the Charles Koch political group, came out in favor of the nomination, saying they supported Barrett interpreting the Constitution on the bench and not inserting a personal agenda.

Reactions on social media included The Mexican American Legal Defense and Education Fund (MALDEF) posting a letter condemning the confirmation, suggesting that the Senate should take Latino communities into account in choosing justices. “The growing Latino community will become a central element of increasing numbers of the Supreme Court’s cases in the next two decades,” wrote MALDEF president and general counsel Thomas A. Saenz. “Our nation can no longer afford to blithely overlook the prominence of the Latino community in evaluating potential justices.”

A group called Latinos for a Fair Judiciary posted a letter last week opposing Barrett’s confirmation. That letter was signed by 10 groups, including the Latino Victory Project, the League of United American Citizens, and United We Dream Action.