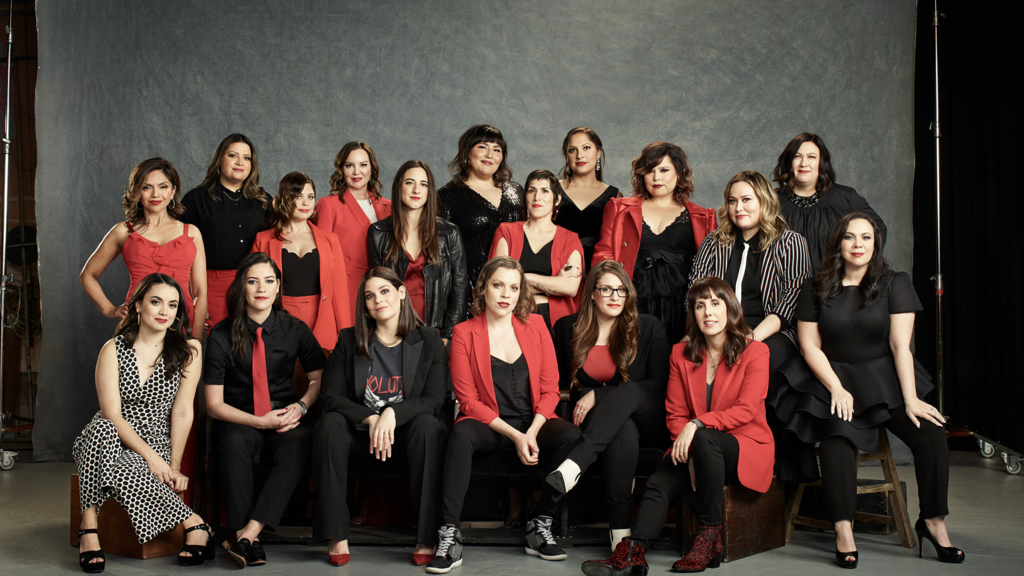 Latinos are grossly underrepresented in Hollywood, despite being a fifth of the overall U.S. population, which led a group of prominent Latino writers to take on the establishment in a letter that was widely published on October 15th.

Latinos are 20% of the U.S. population, but only make up 8.7% of TV writers and under 5% of feature movie writers. This steep underrepresentation has driven 270 Latinx writers, a term the group that goes by Untitled Latinx Project prefers, to send a letter to Hollywood decision-makers detailing the importance of more Latino inclusion in the industry and demands for systemic change.

“We are tired of hearing ‘we couldn’t find any Latinx writers to hire,’” reads the open letter that was posted on social channels and published in papers, including the L.A. Times. Inspired by the recent activist movements led by Black and Indigenous communities for justice, Untitled Latinx Project included research and provided statistics that demonstrate who is in charge of the narratives that drive our nation’s on-screen entertainment industry.

One graph displays Hollywood screenwriters by ethnic group, (below) which clearly shows how undderepresented non-white ethnic groups are, and how white writers dominate the narratives we all consume.

This graph shows Hollywood screenwriters by ethnic group compared to the total population of that group living in the U.S. It includes White, Latinx, Black, Asian and Pacific Islander, Native/Indigenous, and Middle Eastern. Source: The Untitled Latinx Project

The letter lists five demands, in an effort to improve the imbalance in writers. These include: “no stories about us without us,” which asks for authentic collaboration; “greenlight our projects,” to encourage more creative works by Latinxs to move forward; “represent all aspects of our lives and culture,” in a nod to consider the multi-dimensionality of our lives and to reflect the diversity of the population; “do away with repeating levels,’ which asks for promotions of all writers not just the usual suspects; and “and hire us for non-Latinx projects,” noting that writers don’t need to be pigeonholed into genres.

The issue of representation goes beyond the writers’ room. In 2019, a study found that of the 100 top-grossing movies in the previous 12 years, only 3% had Latino actors in lead or in co-lead roles. More concerning is that there was “no meaningful change in representation over the 12-year time period,” according to the study. That means the lack of representation didn’t reflect the growing population of Latinos, which at the time was 18% of the U.S. population, or movie-going habits of Latinos, which at the time were 20% of movie-goers.

“The Latino community has not been prioritized, and it is imperative that we shed light on the glaring reality of Latino representation in film,” said Benjamin Lopez, Executive Director of NALIP, the National Association of Latino Independent Producers, in 2019.

The open letter includes signatures from prominent writers such as “Hamilton” creator Lin-Manuel Miranda, screenwriter John Leguizamo, and “One Day at a Time” co-creator Gloria Calderón Kellet. The letter also encourages a more diverse pool of Latinidad, noting that “we are more than just White and mestizxs. We are Black and Indigenous. We are LGBTQIA. We are undocumented. We are disabled.”

One of the writers leading Untitled Latinx Project is Sierra Teller Ornelas, a Navajo Latina who strives to feature Indigenous people on both sides of the camera. “A lot of times on shows, there’s one type of person and they have to represent the whole community,” she explains.

The professionals behind this letter say that immediate change is necessary, especially as Latinos in the U.S. are currently dealing with bearing the heaviest burden of the pandemic, overall violence, an ongoing immigration crisis that is resulting in the separation of families and children, and multiple disparity issues that include natural disasters and negligence to Puerto Rico. One line reads, “Our stories are important and our erasure onscreen contributes to the persistent prejudice that prevents real change in this country.”