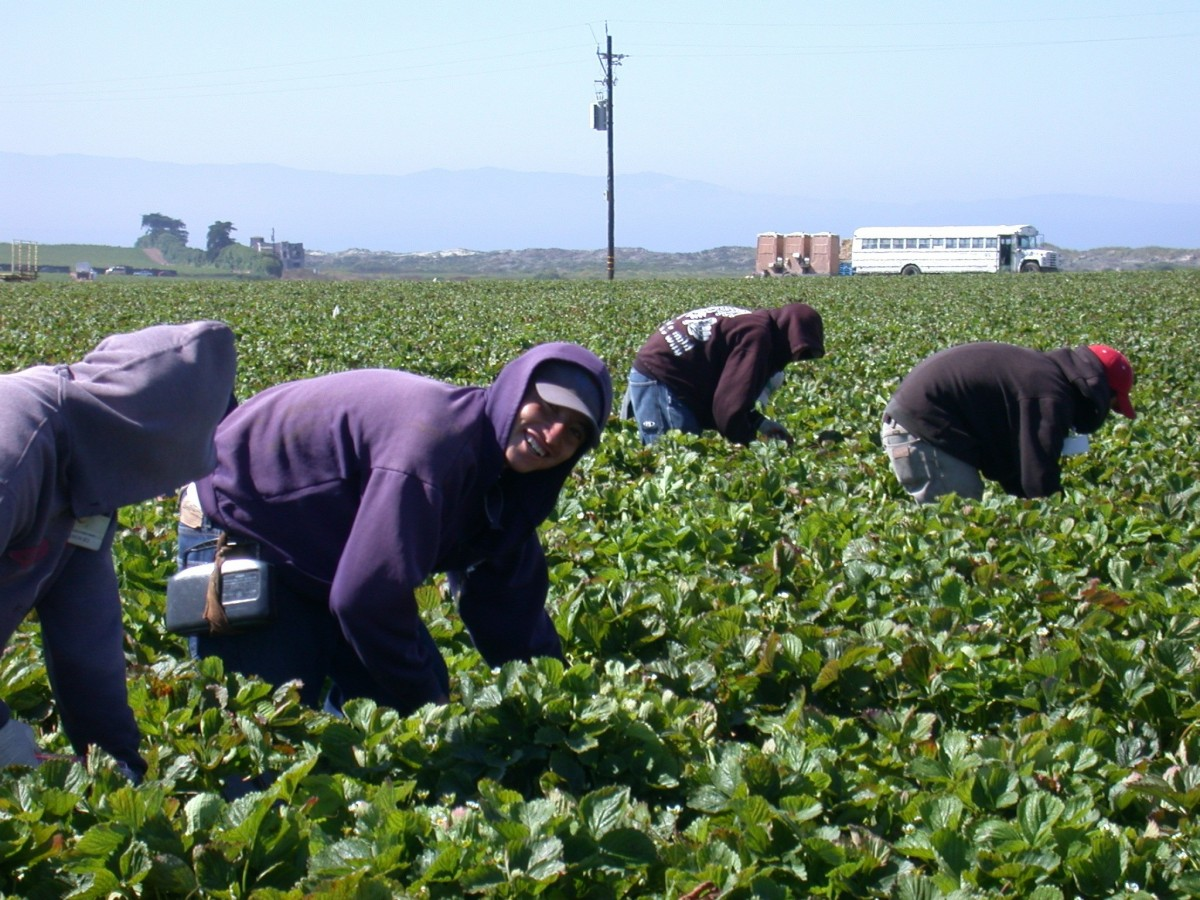 After months of working through the pandemic to put food on the table for American families, Latino farmworkers are being hailed as heroes — and now they’re receiving the star treatment thanks to some big-name Latino celebrities and a major organization honoring them in October.

Actress Eva Longoria Bastón, niece-and-uncle music duo Chiquis and Lupillo Rivera, and the Hispanic Heritage Foundation are all working on different ways to honor the efforts of Latino farmworkers during Hispanic Heritage Month. The nearly three million Latino agricultural workers in the United States have been considered essential during coronavirus.

“Every single time we take a bite of food, we should think about the importance of our farmworkers in our lives, especially during the COVID-19 crisis as they put themselves and their families at risk to nobly nourish our families. Their service is nothing short of heroic,” said Antonio Tijerino, president and CEO of the Hispanic Heritage Foundation.

The HHF is hosting its 33rd annual Hispanic Heritage Awards on Oct. 6. This year, the foundation will pay tribute to Latino farmworkers, who will be presented with the Heroes Award during the nationally broadcast ceremony airing on PBS stations.

“Farmworkers deserve this prestigious recognition along with respect and appreciation for feeding us every day,” said Mónica Ramírez, president of Justice for Migrant Women, which runs a #Masks4Farmworkers campaign. “Their work conditions make it nearly impossible for farmworkers to be able to abide by the social distancing, handwashing and other requirements that health care professionals say are necessary to prevent the transmission of the illness.”

The National Agricultural Workers Survey from 2015-16 estimates that 83% of all agricultural workers in the U.S. are Latinos, and conditions for them in the workplace are not ideal, one farmworker named Mariana told NBC News in Spanish.

“We’re mostly scared of getting sick or spreading it to our kids,” she said. “But at work no one talks about it. It’s like everything is still running as normal. We show up, we do our jobs and that’s it.”

Longoria Bastón, known for her roles in shows such as The Young and the Restless and Desperate Housewives, is a farmworker advocate. She’s teaming up with the nonprofit organization American Farmland Trust and dairy company Tillamook Creamery to help farmworkers who are financially struggling in the COVID-19 economy.

“We want to raise awareness about the importance of agriculture because it’s still the backbone of our country,” Longoria Bastón told NBC News. “If you eat, you should be a supporter of farmworkers and farmers.”

During the month of September, 10% of Tillamook sales, up to $1.6 million, will “go toward grants that will save farms and farmland, provide financial relief directly to farmers, and support sound farming practices,” the company said in a press release.

Meanwhile, the Riveras are staging concerts in agricultural communities in California. During the “Gira en el Campo” performances, the banda singers will treat farmworkers to food and beverages while also sticking to strict coronavirus protocols.