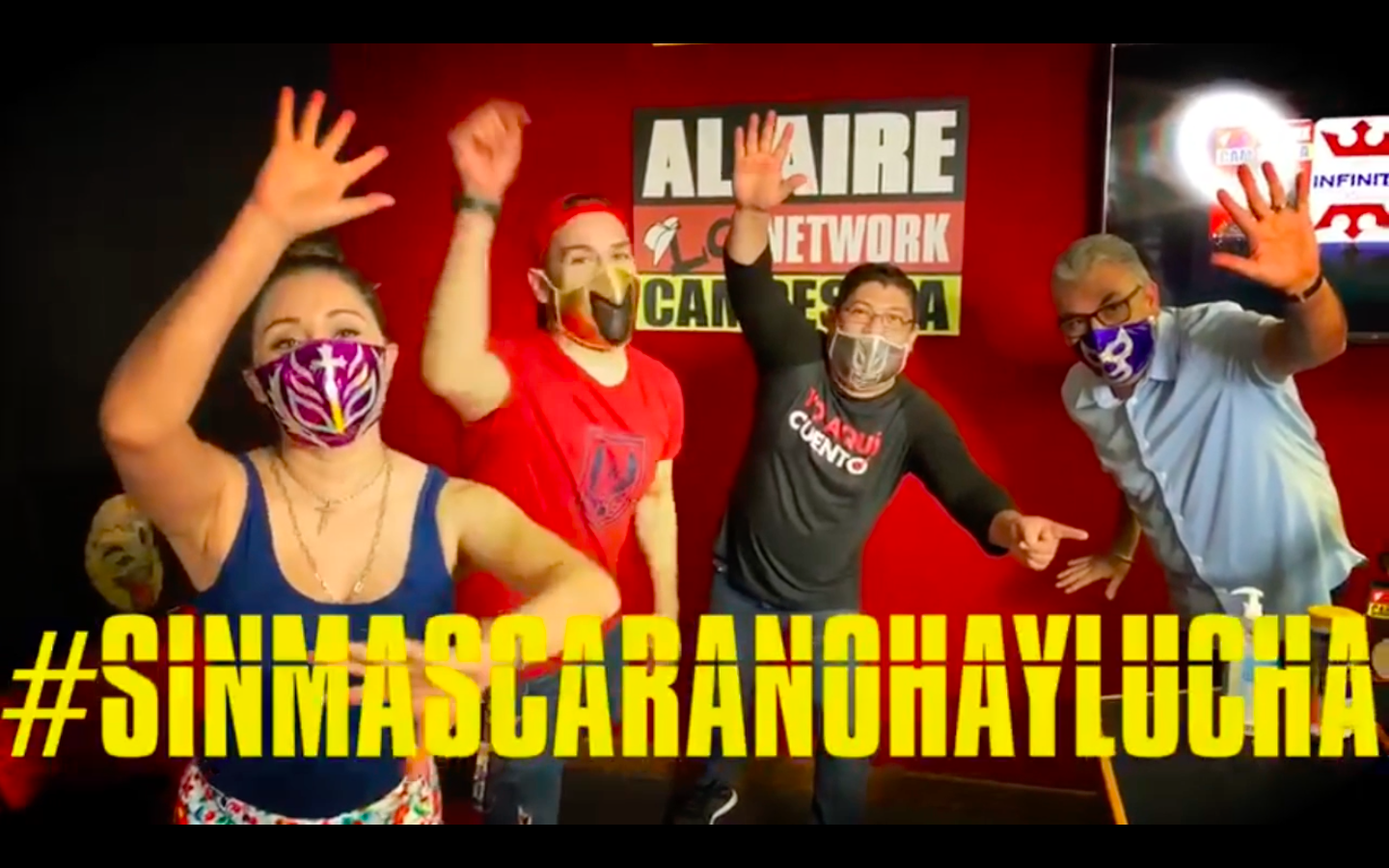 Bernando Hernandez survived COVID-19. He says he contracted the virus at work and remembers having a high fever, frequent vomiting, and body pains. “Take care of yourselves, take care of everyone else,” he asks in Spanish, “without a mask, there is no fight.”

The testimonial from Hernandez, along with other stories like it, have been part of a compelling radio and online campaign created by Campesina Network, which was founded by labor leader César Chávez. The public-service announcements, recorded in both English and in Spanish, are airing in prime daytime slots on two radio stations, the Spanish-language Radio Campesina, and The Forge, an English-language station aimed at younger listeners. Both are available to stream for free online also.

The campaign slogan, “Sin mascara no hay lucha” (without a mask, there is no fight) has been part of a larger effort by Radio Campesina to inform listeners, to battle misinformation about COVID-19, and to mobilize communities to wear facemasks and practice social distancing, said program director Maria Baquin. It began about two months ago with a call from Campesina Network president Paul Chávez as COVID-19 cases were spiking nationwide in July.

“He said, ‘I’ve been watching and people are not really putting a face to the COVID-19 pandemic. Some people believe it’s not true,’ It’s happening in our neighborhoods. We wanted to create more awareness of what families are going through,” Baquin explained.

The radio staff began pulling together testimonials from staffers affected by COVID-19 as well as listeners who sent in audio via WhatsApp. The PSAs began airing as part of a larger effort by Campesina to distribute thousands of facemasks to listeners and to engage in online events such as Facebook Live chats with doctors and parents dealing with remote learning.

Baquin said listeners have responded by following the examples of the radio staff and by participating in the campaign themselves. “We wanted for people to understand that their story was valuable to others,” Baquin said. Listeners who have been calling into Campesina’s talk shows have been using the “Sin mascara no hay lucha” slogan in their conversations. Baquin said that the PSAs are working because the community of listeners feels they are part of the message.

“That’s the relationship we have with our audience; they trust the brand, so they expect for us to be there for them,” Baquin said, “but we also make them accountable to be part of something bigger.”