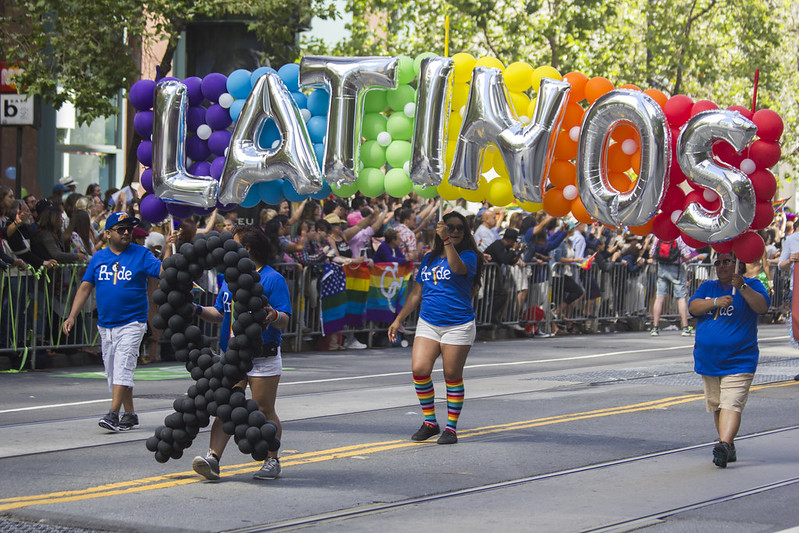 For decades, those who identify as “Latino” or “Hispanic” have struggled with the nuances of each word, whether they’re actually geographically or culturally accurate as self-descriptors and whether they are inclusive. The popularity of each rises and falls, but conversations about each of them have become more frequent in recent years with the introduction of the word “Latinx.” The term has been used since the early 2000s and allows for a gender-neutral version of “Latino” and “Latina.” In 2018, the Miriam-Webster dictionary added the word, and in recent years it has become more commonly used, particularly in online spaces affiliated with LGBTQAI+ causes and communities.

But according to a study released by Pew Research in August, the term is not catching on in the mainstream. Only 3% of “Hispanics,” another label with its own set of fans and critics, use the term, Pew said. Of those who self-identify as “Latino” or “Hispanic,” only 20% use the term and 76% said they hadn’t heard of the word “Latinx” at all.

The Pew data release stirred up the usual assortment of news reports and analyses, defenses of “Latinx”, and election-year political takes on what Latinos, or Hispanics, or Latinx people want based on this new research.

It inspired impassioned takes on the subject on social media.

2) The majority’s opinion isn’t automatically RIGHT or JUST. 20 years ago, most Latinx folks opposed marriage equality for LGBTQ individuals & thought too many immigrants lived in the US. That’s flipped now. https://t.co/kaySf70xpd

While the survey data may be new, confirming that in the U.S. some things aren’t changing as quickly as social media network norms might suggest, it is stirring up a debate that is nothing new. Every couple of years, discussions that often sound more like arguments break out about whether “Latinx” is a term that should be adopted, or one that should be ignored.

Last year brought a flood of think pieces on the history and significance of “Latinx” and why it should or shouldn’t be adopted by everyone. Some accused whites of trying to Anglicize the Spanish language with the term or calling it elitist, while others argue for its goal of inclusivity, not exclusivity. Some articles weigh the need to respect and support LGBTQAI+ communities while feeling ambivalent about the word itself.

This back-and-forth debate has been ongoing for years, and will likely continue for a few more years. Using the term “Latinx” doesn’t make anyone an advocate or a rebel; it could simply be a show of support or a way to self-identify without bringing gender into a discussion. Not using the term, likewise, doesn’t equate to bigotry or denial of LGBTQAI+ rights; it may simply be a personal preference. But respect in every direction is the best course, no matter what you think of “Latinx,” “Hispanic,” or “Latino/Latina.”