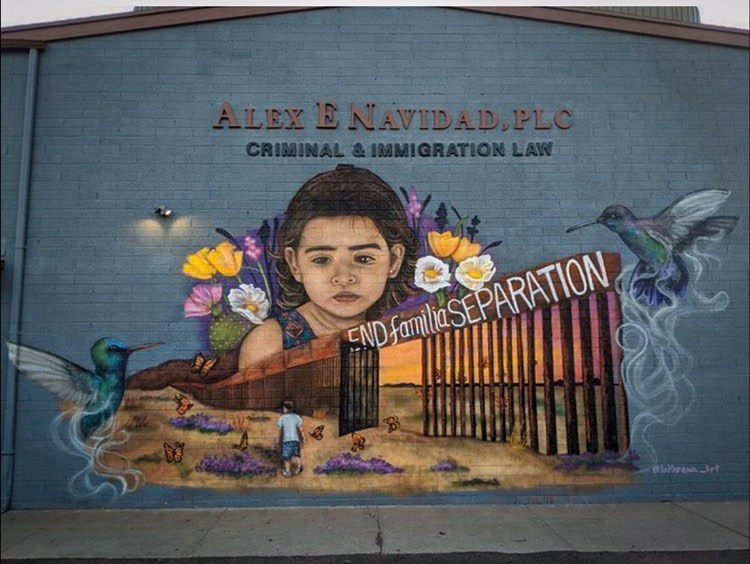 Hiding immigrant children in hotels — that’s precisely what the Trump administration was caught doing in Arizona and Texas, and now lawyers and human rights groups are suing.

The Associated Press reports that 169 children were held at Hampton Inn Hotel and Suites hotels in Phoenix and along the U.S.-Mexico border in El Paso and McAllen, Texas, during the months of April and June.

Some of the children were detained multiple times, accounting for 186 stays during those two months. The children, as young as 1 year old, were held for days and weeks on end. One 5-year-old was held for 19 days. Records for May were not available.

According to the report, the children were then quickly expelled from the U.S., rather than deported, a formal process that includes an immigration court hearing.

The findings come after a 13-year-old immigrant revealed to the nonprofit Texas Civil Rights Project that she was held in a hotel before being expelled back to El Salvador. That’s when the group started looking into the matter.

According to AP, U.S. Immigration and Customs Enforcement contracted with transportation specialists, MVM Inc., to manage the care of the children while they are detained in hotels.

A look at the MVM job hiring site shows the private firm is looking for “bilingual travel youth care workers.” One such job posting does not list experience, certification or professional training in childcare work as requirements for the job.

All of this comes while sanctioned detention centers, which are overseen by the federal government and staffed with professionally trained personnel, sit empty with 10,000 beds available for children.

The hotels, meanwhile, are not listed on ICE’s official website.

U.S. laws, including a 2008 anti-trafficking act and the 1997 Flores Settlement Agreement, dictate the standards, conditions and protocols that should be followed when detaining immigrant children.

But Trump officials are using an order, issued by the Centers for Disease Control and Prevention in March, to quickly remove asylum-seekers, including children, from the country due to health risks related to Covid-19.

As a result, civil rights attorneys say the Trump administration has created a system that makes it difficult to track the children, bypassing formal and legal processes.

“They’ve created a shadow system in which there’s no accountability for expelling very young children,” Leecia Welch, an attorney for the nonprofit National Center for Youth Law, told AP.

Linda Corchado, an immigration attorney in El Paso, described it as a “legal abyss.”

“You can’t advocate for them,” she told the Texas Tribune.

The Texas Civil Rights Project and the American Civil Liberties Union are now suing the Department of Homeland Security in federal court for “stashing children in a hotel at the border, away from advocates and lawyers, in order to hurriedly expel them without hearings or any of the mandatory protectections” granted under the law.

In a statement released by Hilton, the parent company of Hampton Inn and Suites, the hotel chain said it does not condone the use of its rooms for holding immigrant children.

“Our policy has always been that hotels should not be used as detention centers for detaining individuals,” the statement reads in part.

The Hampton Inn and Suites in Phoenix ended its agreement with the private contractor being used by ICE, but as of last week, children were still being held in hotel rooms in Phoenix.

Acting DHS Secretary Chad Wolf said the practice has been “ongoing for decades.”

Two years ago, MVM admitted to housing children overnight in an unlicensed office building in Phoenix, before ultimately canceling its lease.