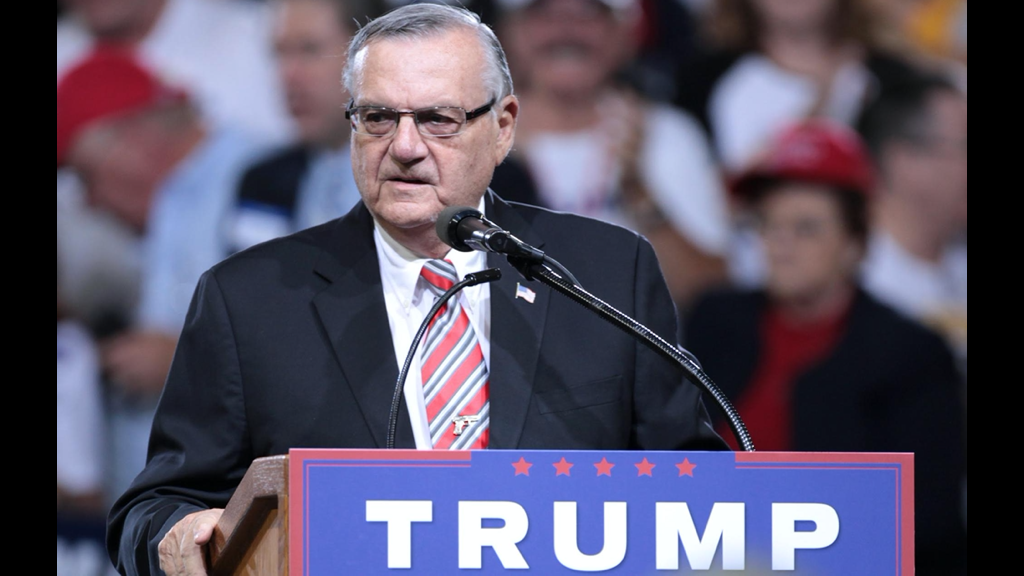 Joe Arpaio’s showmanship and tough immigration policies gained him national attention during the 24 years he served as sheriff in metropolitan Phoenix. But after an increase in advocacy and voter registration efforts among Latinos, Arpaio lost re-election in 2016 to a Democrat. Now, he just faced his third election loss in four years. Photo credit: Gage Skidmore/Flickr

He was once known as “America’s Toughest Sheriff.” Now his political career is likely over forever.

Voters in Maricopa County, the most populous county in Arizona and home to the Phoenix metro region, rejected former Sheriff Joe Arpaio’s bid for a political comeback.

Arpaio, 88, was known for his tough immigration crackdowns, establishing an outdoor jail known as “Tent City,” and his flashy displays of showmanship, such as making inmates wear pink underwear and erecting a bright neon sign over Tent City with the word “vacancy.”

But after the passage of Arizona Senate Bill 1070 in 2010, Arizona saw an increase in activism and community organizing, which some observers say ultimately led to Arpaio’s fall and a change in Arizona’s political landscape.

From protest art on the streets of Phoenix, to a rise in Latino candidates running for political office across the state, to groups working to register and get out the vote among Arizona Latinos, political observers are taking note of the power of Arizona’s Latinos, who now make up 22% of the state’s eligible voting population.

Luis Ávila is the president of Phoenix-based consulting firm, Iconico, which works to build grassroots advocacy, organizing and community engagement.

“Politicians in Arizona need to understand, we are in a new reality,” Ávila said. “The politics of yesterday, of fear-mongering and division aren’t a winning strategy in our state. Our communities defeated Arpaio, but also three other anti-immigrant demagogues from the times of SB 1070.”

SB 1070 is the controversial “show me your papers” bill that was signed into law a decade ago by then-Governor Jan Brewer. That law, which activists argued would lead to racial profiling, required Arizona law enforcement to check a person’s immigration status during routine stops.

The bill, at the time, was considered the strictest anti-immigration piece of legislation in the United States. It was partially struck down by the U.S. Supreme Court two years later.

Racial profiling, it turns out, is partly what led to Arpaio’s defeat in 2016. Just three years earlier, a federal judge ruled that Maricopa County officers, under Arpaio’s rule, racially profiled Latinos in the Phoenix area.

In 2017, Arpaio was convicted of criminal contempt for continuing to carry out immigration raids against a federal court order. He was pardoned less than a month later by President Donald Trump.

Two years ago, Arpaio made a failed attempt to win the U.S. Senate GOP primary race in the state. He lost that race to Martha McSally.

Crowds gather at Steele Indian School Park in Phoenix to protest SB 1070 in this May 2010 photo. The strict “show me your papers” legislation was signed into law by then-Arizona Gov. Jan Brewer on April 23, 2010. Photo credit: Xomiele/Flickr

In this May 2010 photo, demonstrators protest Arizona’s newly signed “show me your papers” law and the tough immigration policies of then-Maricopa County Sheriff Joe Arpaio. Arpaio said being compared to the KKK is “an honor” when he appeared on CNN’s “Lou Dobbs Tonight” on Aug. 12, 2007. Photo credit: Xomiele/Flickr

Arizona’s strict “show me your papers” bill, SB 1070, spurred a wave of protests and a decade of activism, organizing and advocacy across the state. In this May 2010 photo, demonstrators take to the streets of central Phoenix to protest the legislation, just weeks after it became law. Photo credit: Xomiele/Flickr