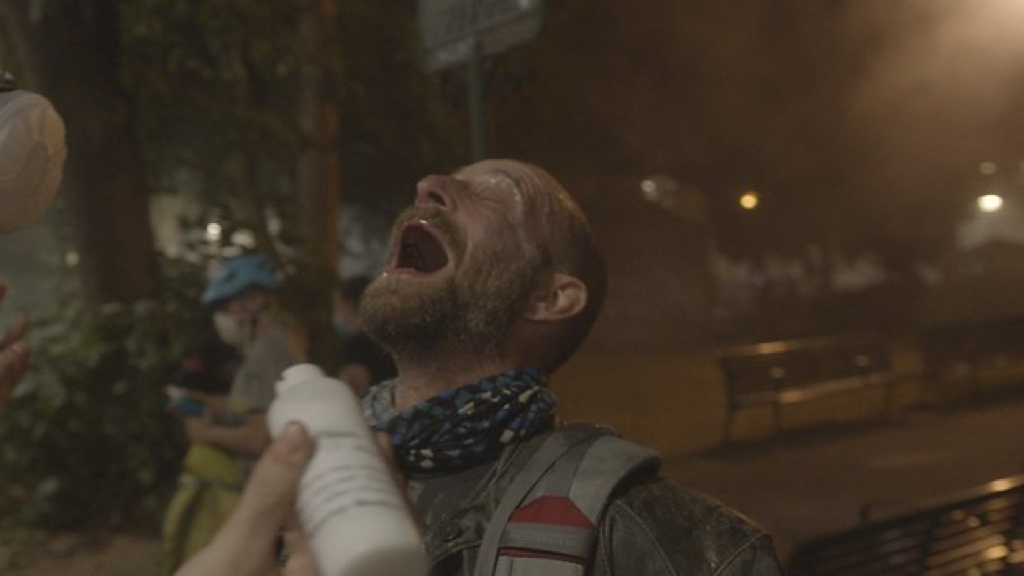 Protesters in Portland, Oregon, have clashed with and been detained by Homeland Security’s ICE forces, which president Trump has threatened to send to cities including Chicago and Albuquerque. Photo credit: Tony/Flickr, Creative Commons License.

As of Friday, August 7, several U.S. cities are still waiting to see if president Donald Trump will follow through on a threat to send U.S. federal troops to Chicago, Albuquerque, and New York City. After “Operation Legend” brought camouflaged ICE agents to Portland, Oregon since late June, resulting in an escalation in violence and the detaining of protesters, Trump announced that more cities would be targeted, ostensibly to counter shootings of citizens.

It feels familiar to some who have seen operations such as this in Latin American countries, sometimes backed financially or with troops from the United States.

What happened in Portland was the kind of government military action meant to silence political opponents and punish protestors decried for decades in countries such as Argentina, Guatemala, and El Salvador, explained award-winning foreign correspondent Stephen Kinzer in a piece for the Boston Globe.

A woman at a protest in El Salvador in 1984 holds a sign of her three children who disappeared. Throughout the 1980s, the United States supported a right-wing government’s war with money, strategists, and military training. Photo credit: Getty Images.

The raids coincided with news that Homeland Security’s Immigration and Customs Enforcement (ICE) has “Been Granted the Same Level of Secrecy as the FBI.” The secrecy around the troops, the apparent lack of due process for those detained, and the scale of the moves led legal experts to question whether Trump has the authority to take these actions and prompted some critics to dub the whole operation “Un-American.”

The Portland troop deployment “Brings back memories to Latin Americans who lived through disappearances of families and friends and co-workers,” said UCLA sociology professor Cecilia Menjívar on the show “Democracy Now!” She explained that unmarked vans taking friends and co-workers in countries such as El Salvador were strategies of state violence and state control during the military dictatorships of the 1970s and ‘80s.

The Partnership for Civil Justice Fund, a civil rights advocacy nonprofit based in Washington, D.C., pointed out that the Border Patrol Tactical Unit has been deployed in Latin America, Africa and other areas in a Tweet. Author Marco Fonseca echoed the comparison.

The Trump administration also tried to block the release of the new Netflix documentary, “Immigration Nation” until after the November presidential election. Now available, the documentary details instances of ICE agents breaking the law and lying to immigrants to gain access to their homes.
Trump’s federal troop actions have prompted a lawsuit filed against the administration. The protesters say the federal response is violent, intimidating, and that their actions violate the protesters’ freedoms of speech and right to due process. “The intent of the administration’s deployment of federal agents in Portland appears to be to stifle speech the president doesn’t like,” said Deana El-Mallawany, who is representing clients in this suit with Protect Democracy. “It’s important to check this unlawful administration policy now, before it is allowed to spread to other cities across the U.S.”