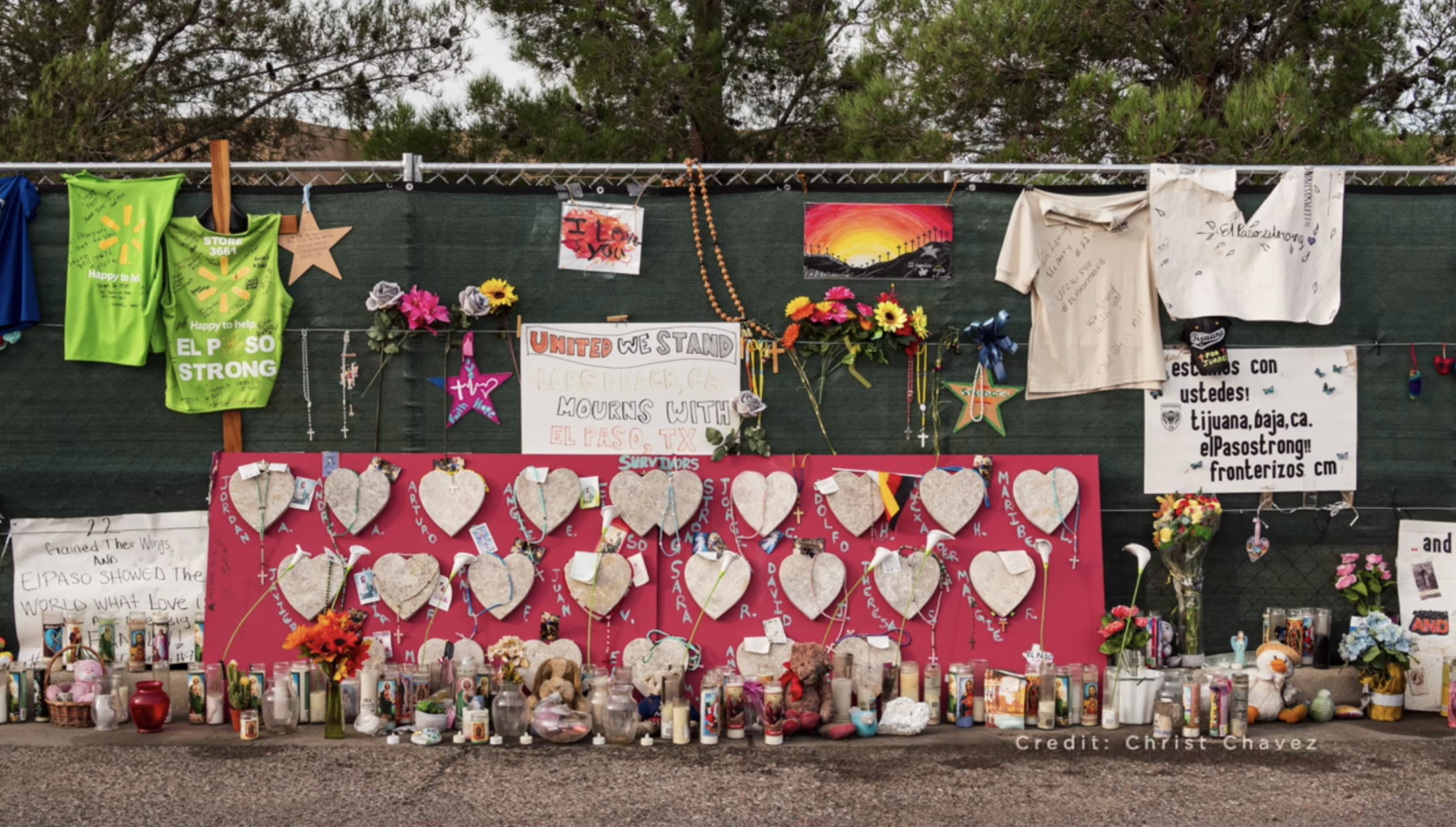 One year later, a wounded community honors victims of the El Paso shooting while social distancing

August 3, 2020 marks the one year anniversary of the El Paso Walmart shooting, a massacre fueled by anti-Latino sentiment that left 23 people dead and countless others mourning. To memorialize the victims, El Paso has come together for a series of events to remember the trauma caused to the city, and to uplift the survivors.

The killing changed life in El Paso and created fodder for a national conversation about the violent impact of Trump’s anti-Latino rhetoric that served as the back-bone of his 2016 campaign. The alleged shooter had traveled from Allen, Texas to El Paso to terrorize that city, which is 80% Latino.

Now, as coronavirus ravages the U.S., Texas has been hit especially hard, and the task to memorialize in the midst of a pandemic has been challenging. “El Paso United” is one of the organizations that has been tasked with leading the memorial with ways of remembering and also healing. The obstacles from COVID-19 have impeded the preferred ways for Latino communities to grieve. The closed Southern border has also meant that Mexican families who lost loved ones in this massacre were not able to attend the vigil.

Because of these obstacles, all events to memorialize the victims of the shooting have been socially distanced: The city will light 23 luminarias to honor the victims in a drive-through vigil. The trauma panel, where people can learn about the long-lasting effects on mental health, will be conducted through Zoom, and a memorial exhibition featuring artifacts from the memorial was launched through a digital site.

Because of the physical separation, mourning will also take an emotional toll on the city. “We still have a heavy heart due to the 3rd of August, this tragedy,” said County Judge, Ricardo Samaniego. “We were called to unite, and now we’re called to be individuals in this battle.”