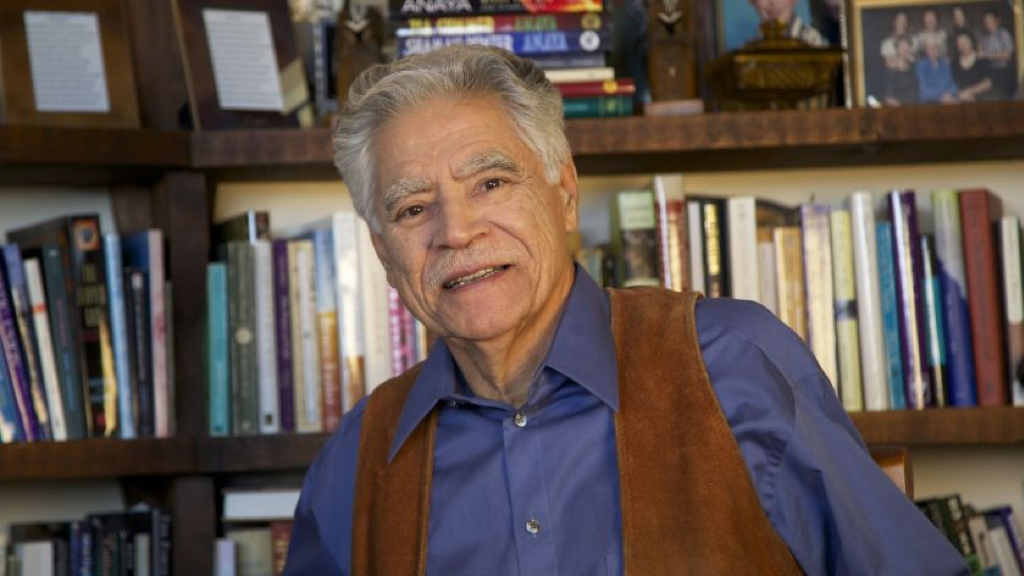 6 things to know about the ‘Grandfather of Chicano Literature,’ Rudolfo Anaya 1937-2020

Author Rudolfo Anaya, known as the “Grandfather of Chicano literature,” died at 82-years-old on Sunday, June 28, his niece Belinda Henry told the Associated Press on Tuesday.

Anaya’s most famous work, Bless Me, Ultima, a coming-of-age story of a young boy and his curandera mentor in the 1940s, is recognized as a landmark for Chicano novels. It helped launch the 1970s Chicano Literary Movement, which uplifts the Latinos of the Southwest who inhabited the land long before it belonged to the U.S.

Bless Me, Ultima has been repeatedly banned from school districts across the country because critics claim that it contains themes of “satanism”, according to the American Library Association.

“Bless Me, Ultima changed my life,” wrote Ariane Navarro, one of many Latino writers touched by this literary giant’s work, reacting to his death on social media. “Rudolfo Anaya, perhaps better than any other author, truly captured what it means to be a New Mexican, what it means to be born here, grow up here and live here,” wrote New Mexico Governor, Michelle Luján Grisham, in a written statement on Tuesday.

As politicians, writers, and activists remember the author and his impact, here are six things to know about him.

President Barack Obama honoring Anaya with the National Humanities Medal in 2016 at a ceremony in Washington, D.C. Photo: Getty Images

While Latinos have found a few more avenues to publish work, Rudolfo Anaya’s story shows it wasn’t always easy to embrace Chicano culture. He paved the way for many. “Of course I’m sad we lost a giant but in a way, I’m happy he left a legend,” said Cheo Torres, colleague and friend of Anaya.