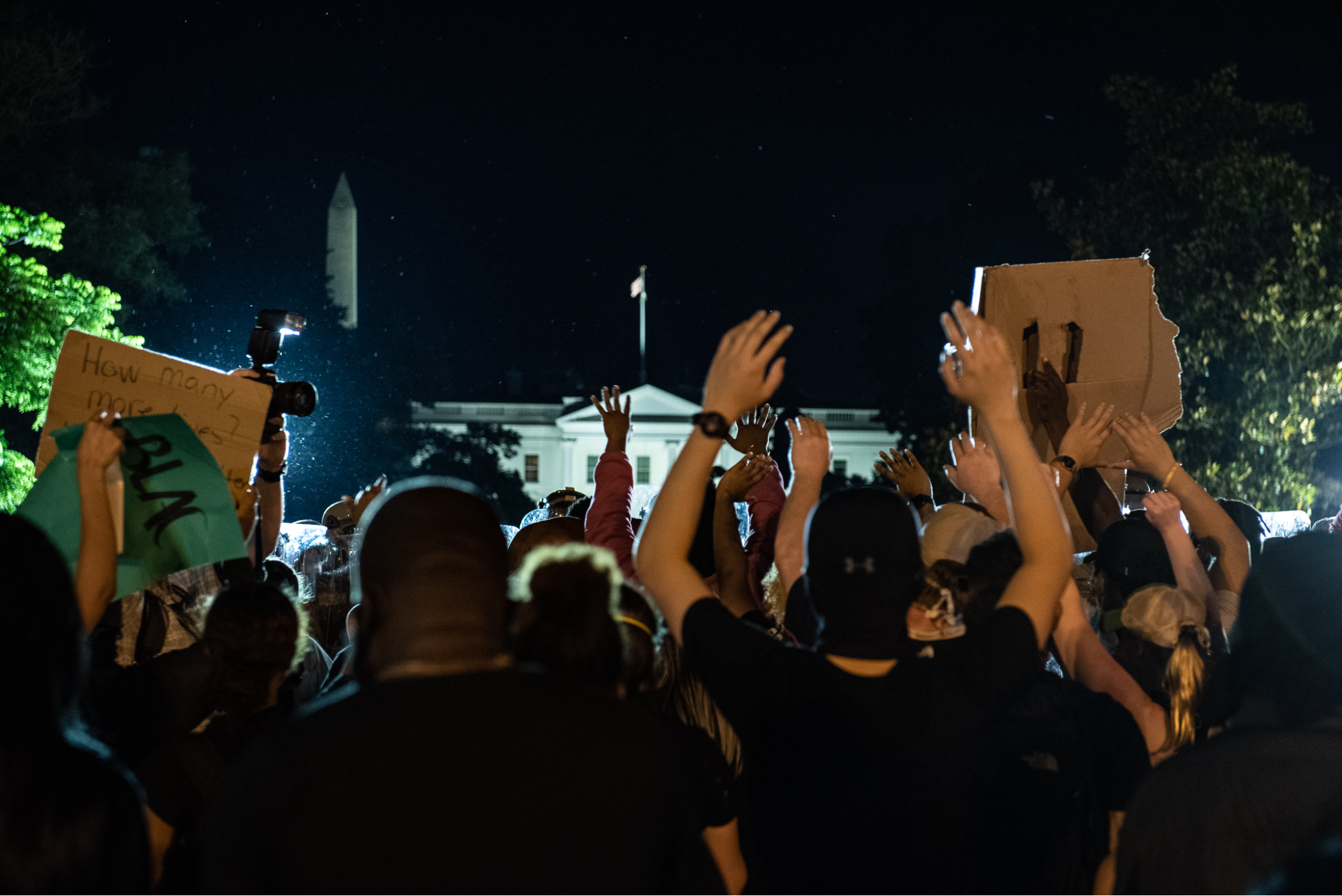 From Los Angeles to Atlanta, fiery protests continue across the country after a weekend of uprising in response to the murder of George Floyd, a Black man who died after a white Mineanapolis police officer knelt on his neck for over eight minutes on May 25. The protests have caused non-Black people, including non-Black Latinos, to confront the anti-Blackness they perpetuate daily, and have signaled a shift in the national conversation around race and accountability.

Floyd’s murder was recorded and distributed on social media and news outlets across the world, but it’s not the only recent incident of police brutality in the U.S. The protests stem from a rage beyond George Floyd’s death.

Aside from over 400 years of systemic oppression, the video was preceded by two other horrific public murders that took place in the past three months, including the death of Breonna Taylor, a 26-year-old who was shot in her own home on March 13 by Louisville police, and a video that surfaced of 21-year-old Ahmaud Arbery getting hunted down while jogging. Anti-Police Terror Project co-founder Cat Brooks says the response isn’t just about Floyd. “It’s about Philando Castile, Breonna Taylor and all the other victims, and about rage by Black and Brown people that has been going on for many years.”

Earlier last week, Floyd’s family drew attention to the time it took for the local government to press charges against the officer who killed Floyd. Four days after the death, the officer was charged with third-degree murder and it was ruled a homicide on June 1.

After Floyd’s death on May 25, people in Minneapolis fled to the streets, most peacefully protesting and others looting and setting fire to private property. More than 4,000 people across the country had been arrested as of June 1.

The murder of innocent Black people at the hands of the police is not new. And some in the Latino community are also upholding anti-Black prejudice in our country. In 2012, Trayvon Martin was shot by George Zimmerman, a Latino man, and before dying in her cell in 2015, Sandra Bland was handcuffed by a Latina cop.

Many Latinos have recognized that the anti-Black bigotry is alive in our families and communities, and multitudes have joined the protests to show solidarity with Afro-Latinos and all Black people. Latino empowerment organization, LatinoJustice is just one of the groups who showed up to stand with protesters. Their president, Juan Cartagena penned an open letter standing with those showing “righteous mourning and indignant rage.” Many have also taken it upon themselves to create long-term educational resources that invite inner-reflection on privilege and action.

As individuals, Latinos can work towards undoing the inherent bias and the ways they benefit from the same system that allowed George Floyd to be murdered publicly. It is up to individuals and groups to show where they stand and embrace our role in the movement to end racism.