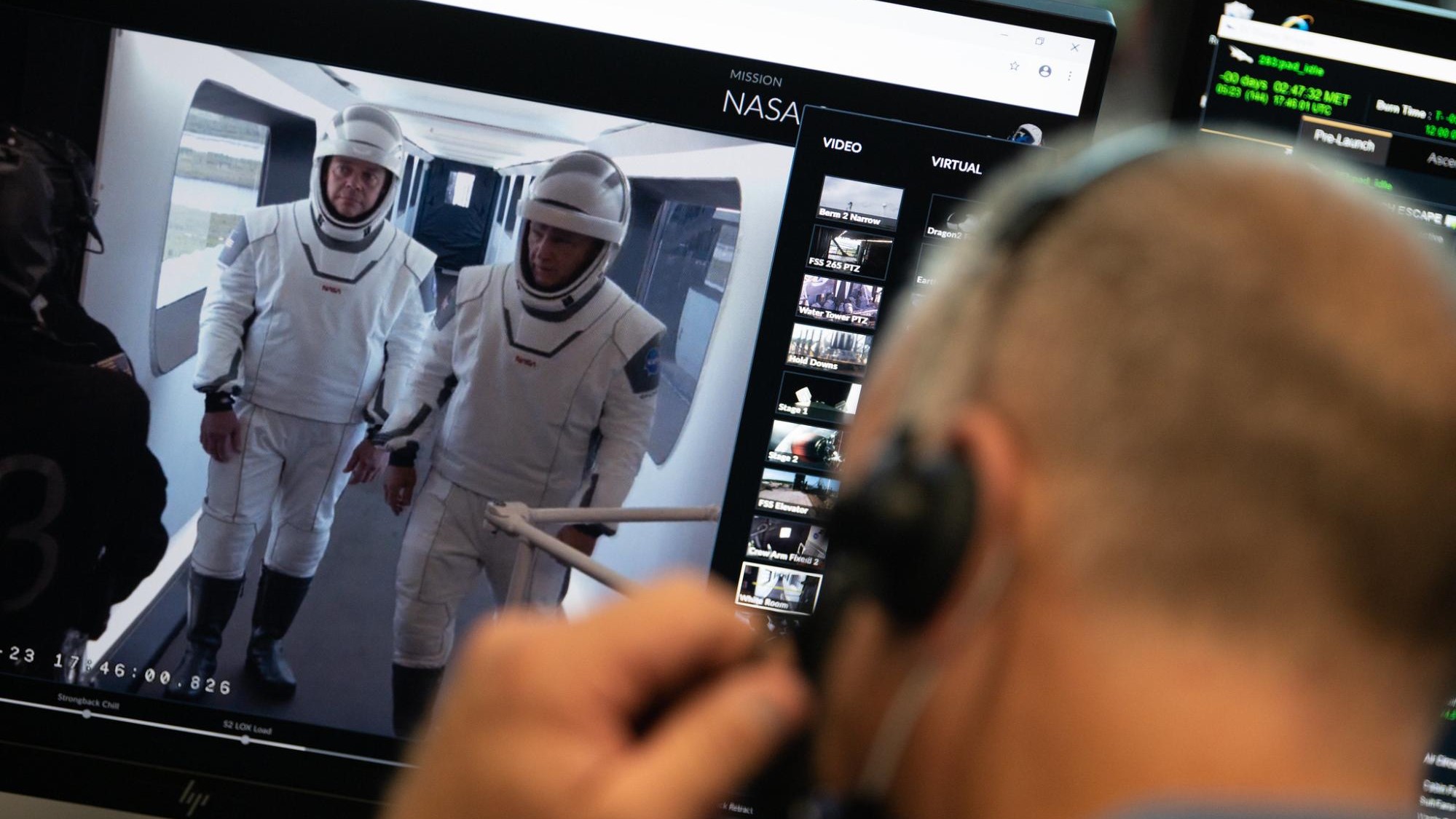 This is not your ordinary space mission, and there’s a strong Latino influence on board. For the first time in nine years, and the first time during a global pandemic, a space shuttle is set to launch from U.S. soil. But there are other historic firsts that come with this mission, one involving a Latino superhero movie costume designer.

This launch, originally scheduled for Wednesday, May 27, was rescheduled due to weather and will now take place on Saturday, May 30 at 3:22 p.m. EST from NASA’s Kennedy Space Center in Cape Canaveral, Florida. It can be streamed live online or seen on live TV. It’ll be the first time that a commercial aerospace company carries humans into space. NASA is not yet sure how long the mission will last.

NASA astronauts Bob Behnken and Doug Hurley will be traveling to the International Space Station aboard a shuttle from SpaceX, a private company owned by Tesla founder Elon Musk. Along with being the first humans on a SpaceX mission, Bob and Doug will be sporting new spacesuits reminiscent of something out of a blockbuster superhero film. That’s because they’re designed by Hollywood costume designer José Fernández.

José is no stranger to designing iconic suits. He, with his company Ironhead Studios, designed costumes in films like “Captain America: Civil War” and “Batman vs Superman: Dawn of Justice.” He’s also designed costumes for Wonder Woman, Tron, and for the Penguin in “Batman Returns.”  According to NASA, these new spacesuits are intended for use inside the SpaceX capsule, known as the “Crew Dragon,” and not suitable for use on spacewalks.

The costume designer’s tocayo, José M. Hernández is a former NASA astronaut excited about the new suits, as he boasted about them in a Univision interview. He’s a Mexican American engineer who was assigned to the crew of Space Shuttle mission STS-128 in 2009 and spent two weeks in the International Space Station. José, the astronaut, noted that the new spacesuits were designed to be much lighter than the orange ones he wore while in space.

Are you planning to tune in and watch the launch? Now we have a stronger reason to cheer along!

Here is a video with a look at the development behind this spacesuit: