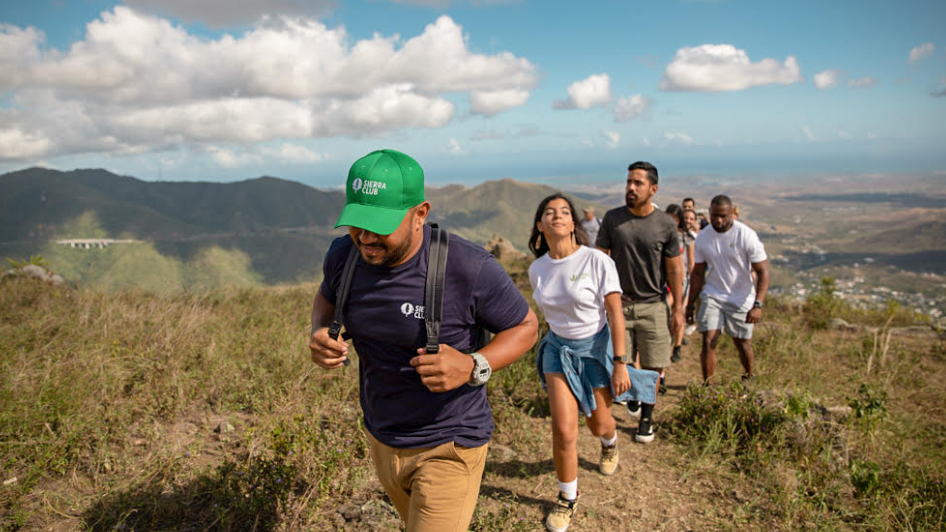 There’s a new environmental jefe in town, and he’s Latino!

The Sierra Club’s new president is an environmentally-focused Latino ready to take the Trump Administration to task on issues hurting our environment. Ramón Cruz, a Puerto Rican stepping into the role for the 2020-2021 term, is the first Latino to hold this position in the 128-year history of the influential grassroots environmental organization that currently serves 3.8 million people.

Cruz shared his new role in a May 20 Tweet. He noted that he’s “Excited & humbled about this new challenge” and added “Now on to vote @realDonaldTrump out of office this November! #TrumpLiesPeopleDie.”

Cruz begins his new role as the Trump administration continues dismantling up to 100  environmental regulations with the added struggle of the economic pressure created by the coronavirus pandemic. “My term comes during the enormously difficult and unprecedented COVID-19 pandemic,” Cruz said in a press release. He noted that while the challenges are daunting, they demand that we continue to advocate for policies that protect “the most vulnerable among us.”

As an advocate of the environment most of his career, Cruz has worked as Deputy Director of Puerto Rico’s Environmental Quality Board (DRNA), held leadership roles at the Environmental Defense Fund, the Partnership for New York City, and the Institute for Transportation and Development Policy.

Many of the protections for the environment, and future generations, are rules that have been called “unnecessary and burdensome to the fossil fuel industry and other businesses” by the Trump administration. They have rolled back rules governing clean air, water and toxic chemicals, and finalized several major environmental protection reversals as the country struggles with coronavirus challenges.

Cruz is ready to focus on these challenges. The Environmental Protection Agency (EPA), which is responsible for protecting the environment and regulating industries affecting natural resources, has also faced budget cuts. Trump has called for a 31% slash in the EPA’s budget that would cut out 50 environmental programs as well as research and development cuts.

Statistics on Latinos and the environment show that Hispanics are focused on policies that defend our natural resources heading into the 2020 election. Latinos are “more likely to be alarmed or concerned about global warming than are Whites” and 57% of “Latinos say global warming will be a very important issue” when voting, according to a 2019 joint Yale and George Mason University survey.

Cruz’s top priorities will be to advance the Sierra Club’s movement toward equity and justice by ensuring that the organization is an inclusive space for all people, and doubling down to “defeat the anti-environmental agenda of the Trump administration” and fleet of industry lobbyists, according to the Sierra Club magazine.
While much work remains to be done in a new era of coronavirus unpredictability and change, environmentalists believe Cruz is the right person to lead the way. “Ramón Cruz is a leader who has dedicated his life to protecting and preserving our environment, and the Sierra Club is thrilled to have him as our President” Michael Brune, Sierra Club Executive Director, said.