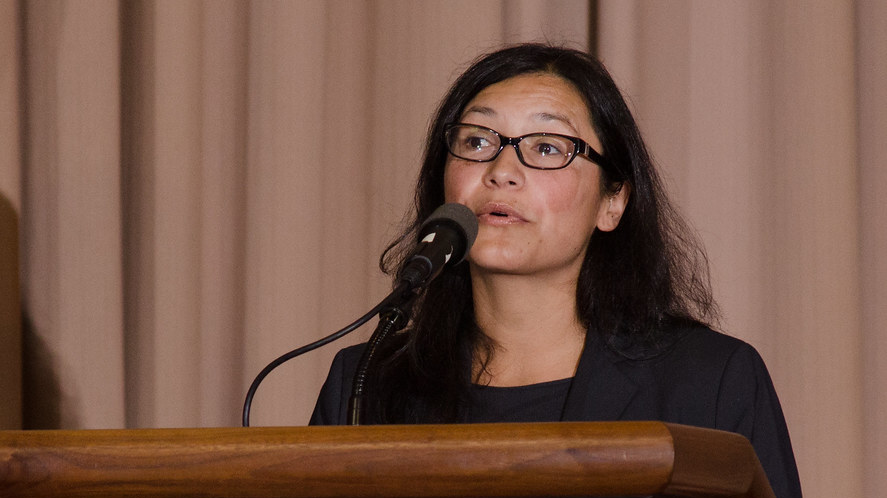 Julie Chávez Rodríguez secured a role as the highest ranking Latina on presumptive Democratic nominee, Joe Biden’s campaign. This positions the campaign to reach more Latino voters, as well as working class people, who are key to winning the presidential election.

Chávez Rodríguez has a track-history in Democratic political seats— she was co-director of Sen. Kamala Harris’ campaign and worked under Barack Obama in the White House. She has a history of working on strengthening diversity initiatives and social justice causes. Under President Obama, she worked on White House engagement with LGBTQ, veteran, youth, education and labor leaders across the country. But besides her own experience, she carries a political and civil rights legacy on her back as the granddaughter of César Chávez, the late labor organizer and co-founder with Dolores Huerta of the National Farm Workers Association.

It would be a disservice to exclude César Chávez when teaching U.S. Latino History, and he left an example of service for many to follow. His contribution to the worker and undocumented struggle in California paved the way for a shift in the way we collectively see labor and agricultural issues. The legacy he left, especially among farm workers and Chicanos, has been powerful and he is celebrated as a pioneer of farm working resistance, unions and Latino rights.

This election cycle has reminded many of how important Latinos are to winning the presidential nomination, and having a Latina leader in the Biden campaign is an edge. Earlier this year, a Pew Research Study showed that Latinos are the biggest minority voting block this year, making up over 13% of eligible voters across the country. What’s even more striking is that 1 in 10 voters will be newly-naturalized citizens, which means they are sensitive to anti-immigrant policies and rhetoric. For this reason, many candidates attempted strategies to court Latino voters throughout the Democratic primary.

Earlier this month, results of an April poll showed support for Biden was lower than usual with Latinos, which is why Chávez Rodríguez, his newest cabinet pick, is so important at getting an edge on Trump. She will be a senior advisor, and the highest-ranking Latina on the team. Her leadership and contributions will be needed in the next six months to help Biden make a bid for the White House.