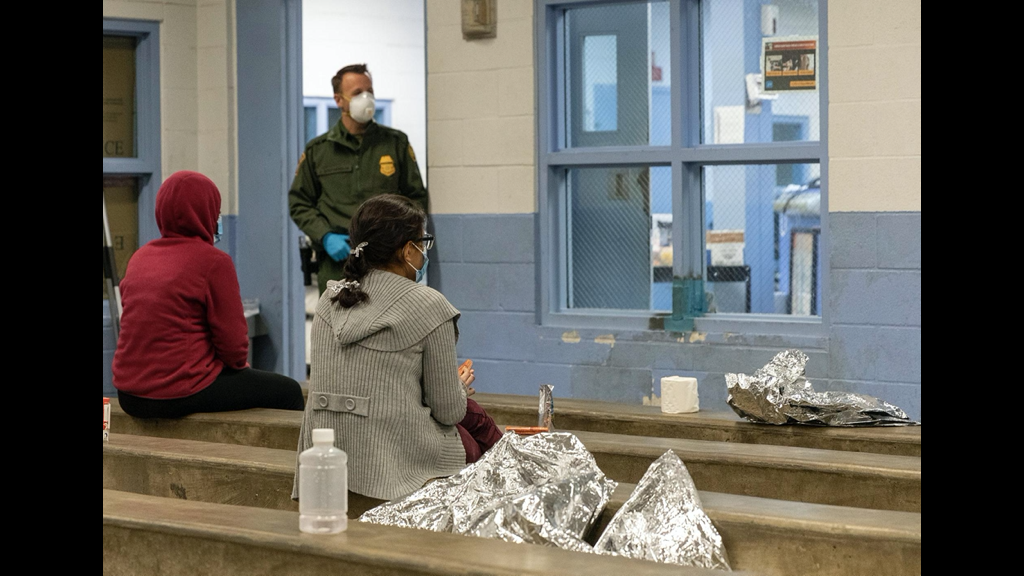 Immigrant forced to give birth standing up at border patrol station

A detained woman at a U.S. – Mexico border patrol station was forced to give birth standing upright. Photo: U.S. Customs and Border Protection.

Immigration advocates are concerned about the health and safety of pregnant people detained at the U.S. border, especially since news surfaced about the abuse and mistreatment of a woman forced to give birth standing up.

The number of times a pregnant person was detained by immigration authorities increased 80% in the year after the Trump administration ended a policy against detaining pregnant people at the end of 2017, according to a new report. And a complaint filed by advocates on April 8 cites details of a pregnant woman who was forced to give birth standing up and fully clothed at a border patrol station.

The Government Accountability Office, the watchdog group who reported on the increase in pregnant detainees, also found that 22% of these detainments took place in facilities not staffed by ICE medical personnel. These circumstances confirm many advocates’ concerns for the safety of pregnant migrants held at these facilities.

The detained woman who gave birth at a border patrol station near San Diego was denied proper medical care, according to the complaint of mistreatment filed by the ACLU (American Civil Liberties Union) and other immigration advocates to the U.S. Department of Homeland Security’s Inspector General. Advocates also noted that the woman’s childbirth account does not match the account of immigration officials. Some of the details from the complaint include:

The  CBP leadership for the Chula Vista region claims adequate medical care was provided for the mother. “Thanks to the medical resources available in our stations, this woman and her child were well cared for and received immediate medical attention,” Aaron Heitke, Chief Patrol Agent for San Diego CBP, said in an official statement.

The ACLU claims that the February CBP statement is “fundamentally at odds” with the detained woman’s account of the childbirth incident. ACLU’s complaint reveals that the Guatemalan woman was rushed to a local hospital for postpartum medical treatment. But they say the ailing mother was surveilled by a CBP agent in her hospital room, denied a shower for days, and quarantined alongside her family in a cold cell after being diagnosed with influenza.

Following her quarantine, the woman and her family have been reunited with other family members in the United States after being cared for by the Jewish Family Service of San Diego. The nonprofit initially alerted the ACLU about the woman’s claim.

“All of the things needed postpartum were not provided to the mom in this case, and they could have easily been provided. The whole thing from beginning to end…it’s horrific, “ said Kate Clark, senior director of immigration services at Jewish Family Service of San Diego.