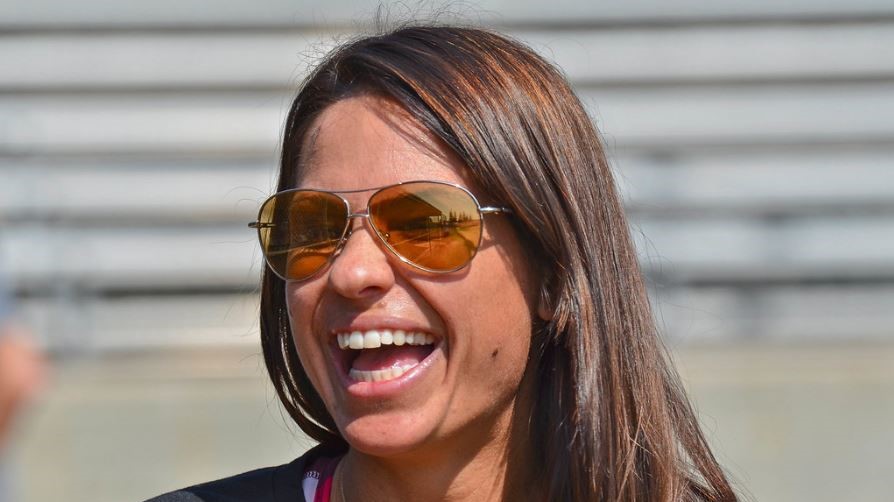 Latina sports analyst is a trailblazer in a male-dominated industry

As pitchers and catchers report to spring training camps in preparation for the upcoming baseball season, one Latina sports analyst has seized her opportunity and hit it out of the park. The monumental role and coverage assignments placed in front of Jessica Mendoza will allow this analyst to shine in a national sports spotlight dominated by men.

The former collegiate softball player is no stranger to accolades and achievements, as she is a National Softball Hall of Famer, 2004 Olympic Gold Medalist, and a four-time All-American outfielder for Stanford University.

In 2014, Mendoza secured a baseball analyst position on ESPN’s Baseball Tonight that propelled her onto the main stage of sports journalism, making her a familiar face for fans around the country.

During her stint at ESPN,  Mendoza’s work translated into a series of firsts for female sports analysts. The All-American athlete was the first woman to cover the College World Series as a member of the commentary team, and she was also the first female commentator to cover an MLB game for ESPN.

Following another stint as a senior adviser for the New York Mets in 2019, Mendoza was accused of a conflict of interest for keeping her reporting job while working for a pro team’s back office. She then resigned that position and fully pivoted back to sports reporting.

Mendoza’s trailblazing work for women in sports journalism continues as she will become the first woman to cover ESPN Radio’s World Series broadcast and will also cover the 2020 Summer Olympics.

ESPN executives are eager to see the strides Mendoza makes as a solo analyst and reporter. “We are proud that Jessica, one of our most talented and recognizable commentators, will continue blazing new trails with ESPN for several years to come” Norby Williamson, ESPN Executive Vice President for Production, said.