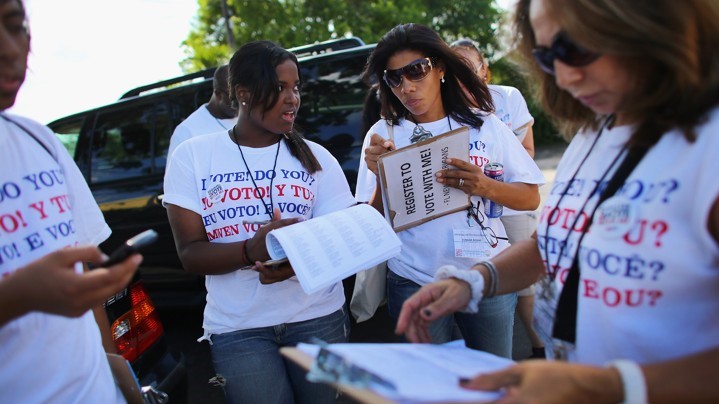 You know more about politics than you think

Twenty-four-year-old Maritza from Miami is not registered to vote because she thinks she doesn’t “know anything about politics.” But we disagree…

Maritza believes fewer people should be locked up for small crimes. And that stricter gun laws can prevent mass shootings.

Clearly, she has strong opinions, but she doesn’t feel confident enough to go vote. And she’s not alone.

In the last six presidential elections, there were more eligible Hispanic voters who didn’t vote than those who cast their ballot. But this can change if we understand why we feel left out of the political discourse.

And the “system” they’ve run all these years is partly guilty for keeping Latinos away from the polls. A missing hyphen from our name on an ID is just one way we are excluded from voting.

But that doesn’t mean our voices don’t have power.

You can claim that power back by ensuring every eligible Latino in your family heads to the polls. And remind people like Maritza (who know plenty about politics) to trust their instincts, and let their voice be heard!