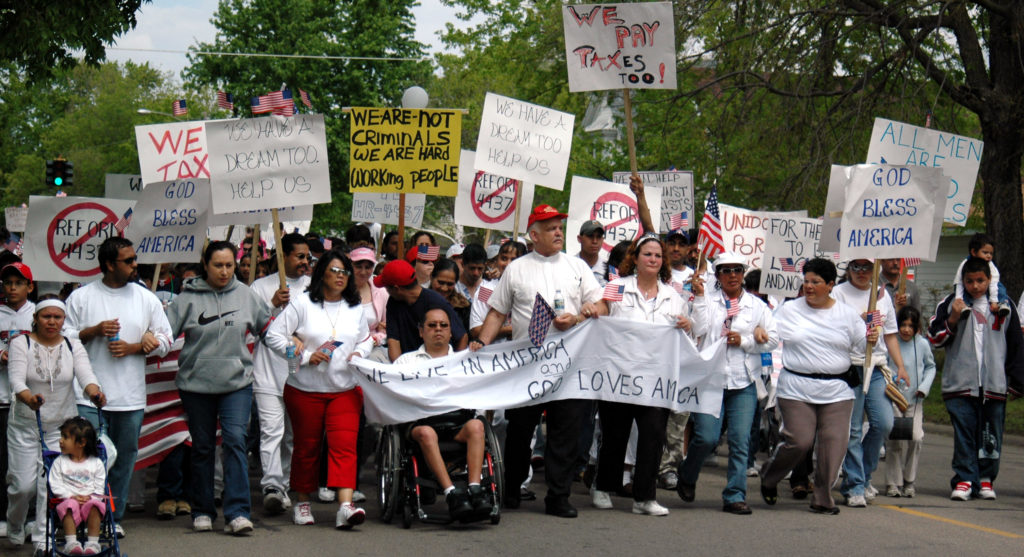 A new Supreme Court ruling will impact new immigrants on the path to citizenship and will take effect Feb. 24. This ruling will deny citizenship to residents who are deemed a burden on taxpayers because they’ve received public assistance, and immigration advocates against this order say it will stifle the American Dream. On

Following a 5-4 Supreme Court ruling lifting a nationwide injunction on the public charge rule, United States Customs and Immigration Services (USCIS) officials will determine whether applicants can become citizens based on public assistance criteria. Applicants who might become recipients of food stamps, Medicaid, or housing vouchers for a 12-month period within a three-year period can be denied citizenship. The public charge rule will also apply to tourists seeking to obtain non-immigrant visas.

This controversial rule had been held up in courts throughout the nation, as states and pro-immigration groups filed lawsuits against public charge’s implementation. But the Supreme Court’s ruling has swept away the injunctions put in place by courts in New York, California and Maryland, paving the way for the rule to take effect towards the end of the month. The only remaining injunction left in place exists in Illinois.

Proponents of the public charge rule claim that its implementation will force people immigrating to, and living in, the United States to become self-sufficient. One of the country’s top homeland security officials has even mocked the poem on the Statue of Liberty’s pedestal by twisting its words.  Emma Lazarus’s poem ‘The New Colossus’ reads “Give me your tired, your poor, your huddled masses yearning to breathe free.”  Ken Cuccinelli, Acting Director of USCIS, alluded to in reference to self-sufficiency and changed the words of the poem during an interview to: Give me your tired and your poor who can stand on their own two feet and who will not become a public charge.”

The new rule comes across as an attack on the prospect of achieving the American Dream, that for many centers on the promise of pursuing happiness in the United States. “This is shameful. America shouldn’t have a wealth test for admission,” Congresswoman Alexandria Ocasio-Cortez wrote on Twitter, echoing what many immigration advocates believe.