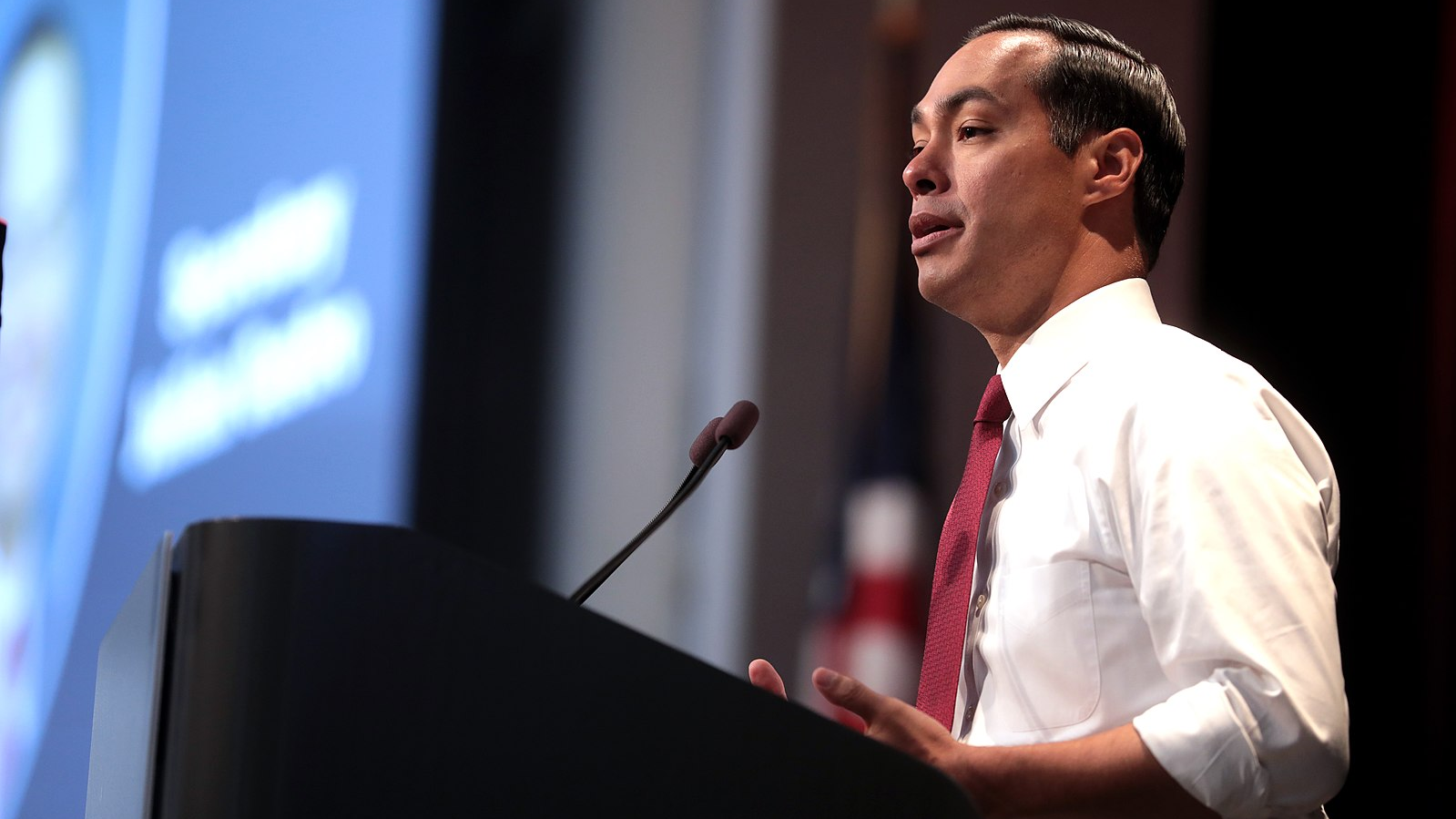 Julián Castro, the only Latino candidate in the Democratic primary, dropped out of the presidential race on Thursday, a decision which has prompted more conversations around the diversity of the Democratic party and the impact the candidate made in the year since announcing his campaign. Supporters, including presidential candidates, senators Elizabeth Warren and Cory Booker, were quick to lament his announcement and show support for the former Obama administration Housing and Urban Development Secretary and San Antonio mayor, who fought for underrepresented communities. On Monday morning, a few days later, Castro endorsed Warren.

In a video on Twitter, Castro announced the suspension of the campaign and reflected on the way he led so much of the conversation in this season’s primary. One of Castro’s most notable contributions to the Democratic primaries was his progressive stance on immigration. During the first Democratic debate, he boldly called to decriminalize the act of crossing the border without legal permission, and many candidates followed suit. In November, he called for a progressive federal food program saying, “we’ve forgotten to talk about the poor as intently as we’ve fought for the middle class.”

More recently, Castro spearheaded a conversation that has led to national discussion about the racist undercurrent of the electoral college. “I don’t believe the two states that start the [electoral college] process— Iowa and New Hampshire— are reflective of the diversity of the country, or of our party,” he said at a town hall in Iowa, a state that is over 90% white. Since candidates typically spend so much time in the first few states that vote in the primaries, Castro and some others feel this takes away resources and focus from the states that better reflect the country’s demographics.

One of the central issues in the Democratic National Convention (DNC) was race, which became a focus in the most recent Democratic debate when only one candidate of color, Andrew Yang, hit the polling and donor thresholds to participate in the debate. That happened despite the fact that the primary race started with five candidates of color, and has been the most diverse pool in history.

In a party marked by over 43% voters of color, Yang took the opportunity during the last debate to ask why he was the lone candidate of color on the stage, and answered his own question, connecting our nation’s racial net worth demographic to candidate donations: “The average net worth of a black household is only 10 percent that of a white household. For Latinos, it’s 12 percent… You know what you need to donate to political campaigns? Disposable income.”

This was not the first time this sentiment had been stated by a candidate of color during this race. When senator Kamala Harris dropped out as a candidate, she stated, “I’m not a billionaire, I can’t fund my own campaign.” Senator and candidate Cory Booker told Buzzfeed News, “There’s more billionaires in the 2020 race than there are black people.”

It’s no secret that to run a successful campaign candidates need big money. In October, Castro sent an email saying he would drop out of the race if he could not raise $800,000 by the end of the month. He raised the money, but the request is indicative of a greater issue of money in politics, and the cost-prohibitive nature of political campaigning.

At the end of the 2019 third quarter, Castro had raised $3.4 million, which was almost five times less than what former Vice President, Joe Biden raised, and paled in comparison to the donations of front-runners Elizabeth Warren who had $24.6 million and Bernie Sanders’ $28 million.
With Castro’s exit, 14 candidates remain. Regardless of the outcome of the next few months, Castro’s progressive policy will outlive his campaign as he continues to show dedication to his politics: “I’m going to keep fighting for an America where everyone counts,” he said on Twitter.

His endorsement of Warren on Monday morning gives a lift to her campaign less than a month before the Iowa caucuses. In his Twitter announcement he said that Warren “is unafraid to fight like hell to make sure that America’s promise will be there for everyone.”

Updated Jan. 6 to include endorsement of Senator Warren.