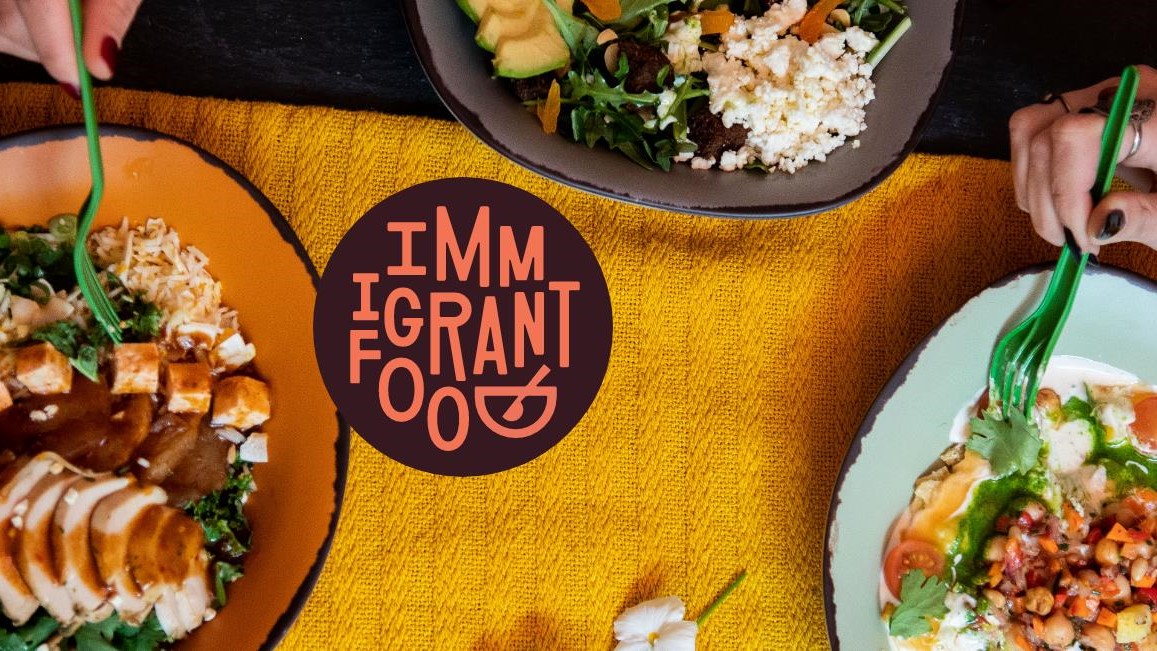 A few feet away from the White House, a restaurant inspired by immigration opens for business

On November 12th the Washington D.C. restaurant called Immigrant Food, which owners call “gastroadvocacy,” opened for business only a few feet away from the White House. They are serving up eclectic blends of immigrant inspired dishes, along with free English classes, advocacy programs, and meetups for customers.

“Immigrants have been the foundation of growth and vibrancy. This country has been great again and again and again because of immigrants,” said Peter Schecter, one of the three co-founders of Immigrant Food. While President Trump’s campaign slogans sound similar to Peter the owner’s praise for immigrants, the two clearly differ as Trump has strengthened ICE, the Department of Homeland Security’s enforcement wing, and increased family separations at the U.S. – Mexico border.

Immigrant Food’s diverse blends of cuisine from around the globe represent the thriving melting pot that can be found in micro-communities throughout the country.  Immigrants abound from all over the globe in the Washington D.C. area, including El Salvador and Ethiopia, and their cuisines are included on the menu.

“At the beginning, I said this is going to be impossible,” Venezuelan-born Chef Enrique Limardo, co-founder of Immigrant Food said to the Washington Post. But, he added, “you can almost fuse anything because it’s chemistry in the end.”

While the proprietors did not expect to find real estate so close to the White House, they understand the impact that their location being a mere block away has on stimulating the conversation on the importance of immigrant contributions in American food and culture. “Downtown D.C. is a platform to communicate issues, so we always wanted to be close to the White House,” said Schecter “We just never thought we’d be that close.”

The restaurant’s inclusive menu will be matched by real advocacy opportunities and activities focused on bringing people closer together. The global mix of clientele the restaurant aims to attract is clearly defined in their Columbia Road dish, a meal that shines using Salvadoran and Ethiopian flavors such as pepita seeds and berbere spice.

Customers are encouraged to take selfies by a decorative map and point out their native countries, and to participate in free English classes. They’re also encouraged to learn about Immigrant Food’s programs and advocacy efforts, and impact partners. They can find resources from groups such as Ayuda and Capital Area Immigrants’ Rights Coalition, which provides pro bono attorneys to immigrants, and participate in Know Your Rights presentations.

“If somebody wants to come and just eat, that’s fine,” says Peter,“ But we believe that people wake up in the morning and read the headlines on immigration and say, ‘This is horrible,’ but don’t know what to do about it. So we want to engage them so there are things they can do about it.”