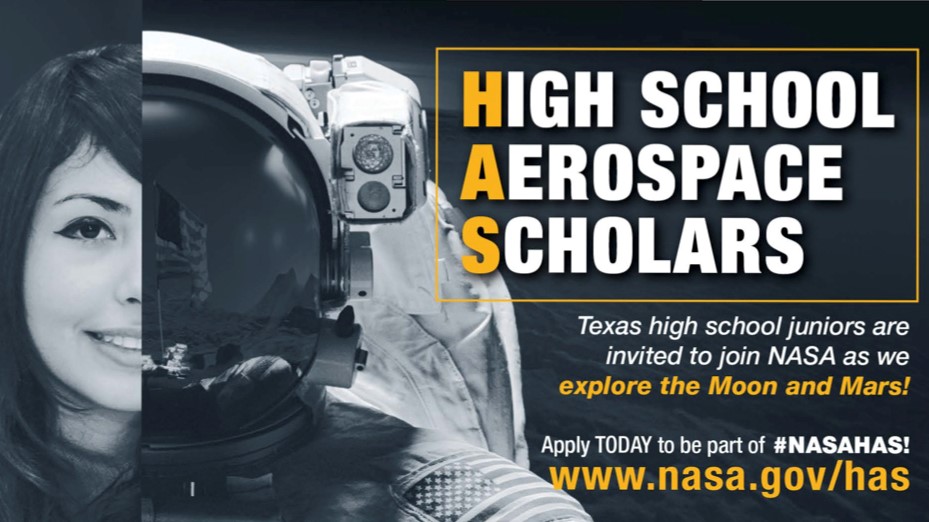 A Latina high school student is in NASA’s orbit

A Texas high school student has her gaze set on the stars, while NASA has their sights set on her. Junior Perla Bautista was chosen for a coveted spot at National Aeronautics and Space Administration’s High School Aerospace Scholars (HAS) program, the Terrell Independent School District announced Nov. 6th in a press release.

Perla has dreams of being a jet pilot, artist, engineer, rocket builder and entrepreneur, according to her school’s press release. Although, she wasn’t always interested in science, Perla changed her mind when she realized that through science she could create or build something that could help other people, she told her school.

With the experience of being a HAS scholar, Perla will be able to take interactive lessons on NASA activities related to space exploration, earth science, technology and aeronautics, design challenges such as 3D drawing and virtual chats with NASA engineers and scientists, according to the NASA program.

Of all the applicants, only the highest achieving students are invited to NASA for the six-day residential summer experience at NASA’s Johnson Space Center in Houston, Texas. There, they work with NASA experts on designing a mission to Mars.

HAS alumni share stories of their experience with the program.

“I knew it would be hard to get in, especially because I am female and it is usually a male dominated field, but I was excited to learn that I had been accepted,” Perla said.

Perla is excited to meet other students who love science, and plans on doing well throughout the 16-week interactive course that is offered online, and hopes to be selected for the on-site program this summer.