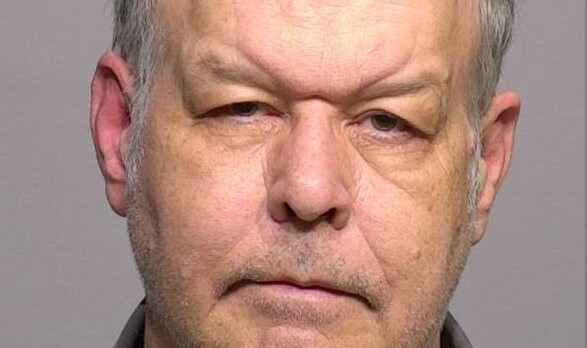 A Milwaukee man, Clifton Blackwell, who allegedly threw battery acid on a Latino man’s face, has been charged with a felony hate crime.

The victim of the alleged attack, 42-year old Mahud Villalaz, was left scarred with second-degree burns across his face. Mahud says in a video that the attack took place outside a Mexican restaurant on the night of November 1. Mahud had parked his truck outside the restaurant and was walking toward it to have dinner, when the alleged attacker, who was waiting at a bus stop nearby, approached him and asked, “Why did you come here and invade my country?” Mahu said.

In the video, Mahud says the alleged attacker accused him of not being in the United States legally, even though the victim is an American citizen.

The alleged attacker then threw a “corrosive liquid” from a small silver bottle on Mahud, according to reports. The attack was also caught on surveillance footage from outside the restaurant.

Mahud suffered second-degree burns on the left side of his face and damage to his left eye.

“This is pretty much a terrorist attack,” Mahud said to WISN, a local news station in Milwaukee. Mahud says he was born in Peru but immigrated to the U.S. as a young man. Police say he became a citizen in 2013.

The alleged attacker is charged with first-degree reckless injury in a hate crime using a dangerous weapon. If found guilty of these charges, he could potentially be sentenced to 35 years in prison.

The alleged attacker is a former Marine who is currently unemployed and whose mother said struggles with post-traumatic stress.

Forward Latino, a latino group in Wisconsin, believe the attack was premeditated. During a search of the alleged attacker’s home, police found hydrochloric acid, four bottles of sulfuric acid and two bottles of drain opener made of lye.

Milwaukee’s mayor, Tom Barrett, blamed the attack on the anti-immigrant rhetoric perpetuated by Trump and his administration. “Everybody knows what’s happening. It’s because the president is talking about it on a daily basis that people feel they have license to go after Hispanic people. And it’s wrong,”

The alleged attacker’s bond is set at $20,000 and he is forbidden from contact with acids or large batteries. Mahud says he is ready to move on and forgive his attacker. He told Milwaukee’s NPR station, “God bless the guy who did this to me. He has his own problems. I just wanted to move on and choose love, and take care of what’s really important: family, my kids.”