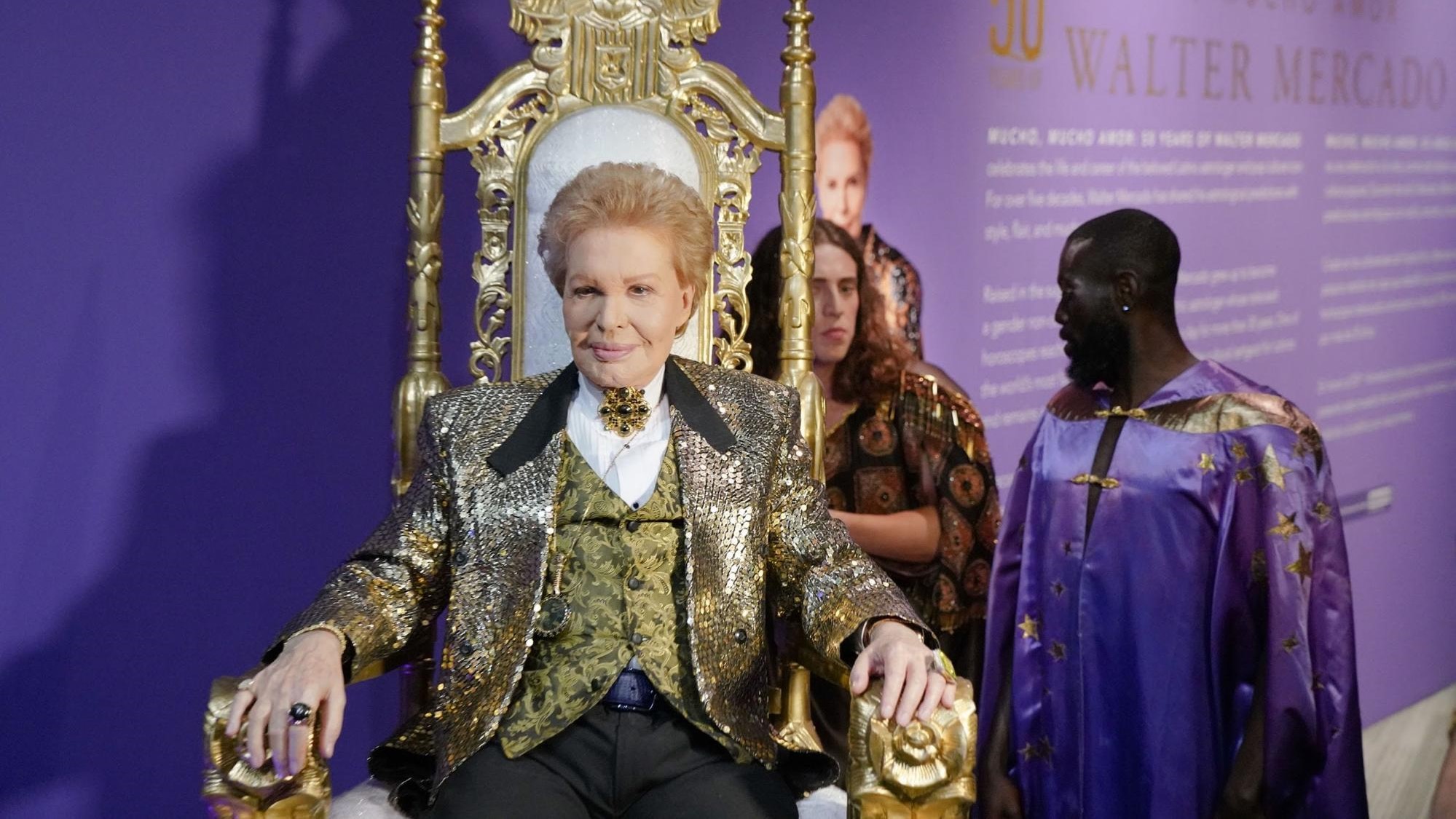 Legendary astrologer of our gente Walter Mercado is dead at 87

An icon of our time has passed. Puerto Rican astrologer Walter Mercado Salinas, who delivered daily horoscopes and instilled the message of “mucho, mucho amor!” in generations of fans and followers, died Saturday night, Nov. 2, at Auxilio Mutuo Hospital in San Juan, Puerto Rico, according to Sofia Luquis, the hospital’s spokeswoman. He was 87. The significance of the date was not lost on some, as Latinx across the world celebrated Día de Muertos with ofrendas and shared stories of deceased loved ones honored yearly.

Omar Matos, a family spokesperson, also confirmed the death to Telemundo Puerto Rico, and indicated that “apparent renal failure” was part of the cause of death.

Reports of his failing health began circulating early in October, and indicated that he had secluded himself in the hospital, but was showing slight improvement.

During his career, he was an actor, dancer, writer, and television figure known around the world. He was particularly popular with followers of astrology, who looked forward to the advice he gave on television, radio, newspapers and magazines. He was an icon in the Latinx community, and even those who did not necessarily believe in horoscopes knew who Walter Mercado was. His astrology predictions shows aired for decades in Puerto Rico, Latin America and across the United States.

After losing rights to his name following a legal battle with his ex-manager in 2010, he became Shanti Ananda,but went back to using the name Walter Mercado a few years later when he reached a settlement.

Video of astrologer Walter Mercado advancing an exhibit about him at HistoryMiami Museum Aug. 2-25.

Beloved for decades, many of his fans “don’t take a step in the morning without first reading his predictions” noted the Miami Herald, advancing the August exhibit at the HistoryMiami Museum. The summer exhibit titled “Mucho, Mucho Amor, 50 years of Walter Mercado” celebrated the life of a “a gender non-conforming, cape-wearing, psychic astrologer whose televised horoscopes reached 120 million Latino viewers a day for more than 30 years,” according to the Museum’s website. It included his photos, personal objects, costumes and 12 of the capes he was known to wear during his shows and presentations.

Fans and supporters expressed their devotion when news of his demise began circulating.

“RIP to Walter Mercado, the man who told us everyday to look to the stars and to live, sobre todo, with mucho, mucho amor. Truly an icon who will be missed!” wrote Alex Zaragoza @byalexzargoza on Twitter.