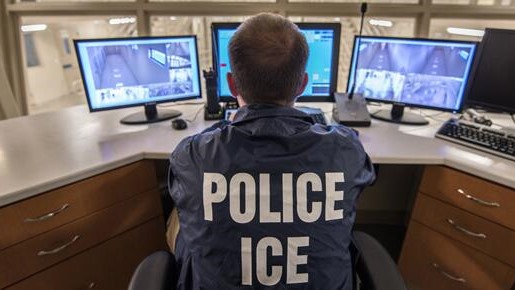 Despite passing the ‘credible fear’ screening, another man died in ICE custody

Despite having passed credible fear screening, a Cuban asylum seeker became the seventh adult to die in Immigration Customs Enforcement (ICE) this year. Roylan Hernandez-Diaz was found dead at a detention center in Louisiana on Oct. 15, and ICE officials released a statement the next day pronouncing his death was a suicide. Roylan had been in custody since May, after he applied for asylum in El Paso, Texas.

At the time of his death, Roylan had passed a credible fear screening, an interview was conducted to assess the level of danger an asylum-seeker faces if they were to return to their home country. Credible fear screenings are the first step for asylum seekers to expresses a fear of persecution or torture, or expresses a fear of return to his or her country, and request a stay in the United States, but passing the screening is not a guarantee that the asylee will be granted stay.

ICE data shows that they have over 13,000 immigrants who have an established credible, or reasonable, fear of torture or persecution in their homelands. As of Oct. 26, ICE reported 49,419 as the number of people in their custody.

Former ICE officials told BuzzFeed News they are concerned about the number of people who are still in custody after they pass the screening. This eliminates the hope that asylum seekers will be released from ICE custody, even after establishing a credible reason to stay in the U.S.

The Trump administration has specifically cracked down on the credible fear screening process. They’ve tried to make it more difficult for asylum seekers to pass. Mexican activist Cecilia Figueroa-Figueroa is going through the credible fear screening process to prove there’s a high chance she would be kidnapped if she were to return to Mexico. Cecilia has spent six years volunteering with immigration groups in Utah, but now faces deportation after being detained in 2008 for illegally entering the United States.

Cecilia’s attorney says her case might have been considered a low priority under President Obama’s administration, but things have changed. White House senior advisor Stephen Miller has told the agency in charge of conducting the screenings, the U.S. Citizenship and Immigration Services, to lower the pass rate.

They administration is also considering a pilot program in which Border Patrol and Customs officers conduct the screenings, instead of trained USCIS asylum officers. Human Rights First  says this is like having hospital security guards triage patients in an emergency ward.

Unfortunately, the credible fear screening process is losing credibility every day. In the process, immigrants are losing hope and some, like Roylan, are losing their lives.