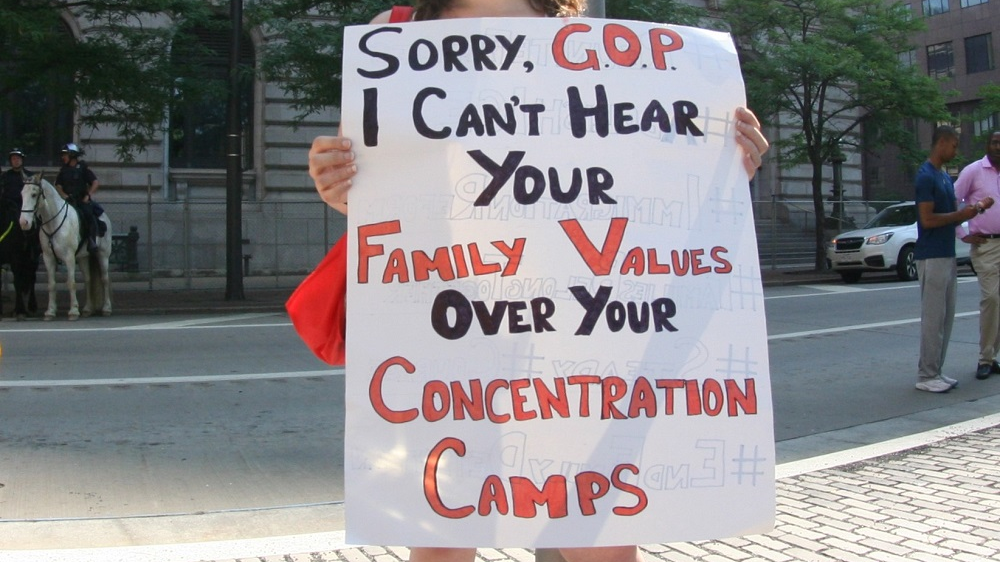 More than 5,400 children have been separated from their parents at the border, ACLU says

Children continue to be separated from their families at the Mexico and U.S. border, and recent figures have the total number of these children at over 5,400. Since the Trump administration started this practice in July of 2017, the American Civil Liberties Union (ACLU) said on Thursday, October 24, that there have been 5,460 children separated from their families at the Mexican border.

The administration admitted to ACLU attorneys that 1,556 children were separated from their parents or adult guardians between July 1, 2017 and June 26, 2018 when a federal judge in San Diego ordered that children in custody be reunited, According to the ACLU. The children that were separated during that period are difficult to track, find and reunite with their families because the infrastructure was not set up to properly track where children were sent.

Some of these children were very young when the administration implemented the “zero tolerance” policy that ordered the prosecution of 100% of all parents crossing the border with children, while knowing this policy would result in the massive separation of families. The ACLU said Thursday that 207 of the 1,556 children separated were under age 5. Five of them were under a year old, 26 were a year old, 40 were 2 years old, 76 were 3, and 60 were only 4 years old, according to the Associated Press (AP). Potentially thousands more have been separated since then.

“It is shocking that 1,556 more families, including babies and toddlers, join the thousands of others already torn apart by inhumane and illegal policy,” said Lee Galelrnt of ACLU, to AP.

One of the unfortunate results of family separations is that the government had an inadequate tracking systems in place when this practice started.

Now, the children who have been separated are difficult to locate, which makes family reunification daunting. Volunteers from ACLU are going door to door in Guatemala and Honduras, where many of the separated families come from, searching for some of the children and their parents. As of October 16, ACLU volunteers said they could not reach 362 families, which prompted the door-to-door searches in Central America, according to AP.

The ACLU joined with the American Immigration Council and on September 27 filed a federal lawsuit to stop family separation on behalf of LUPE (La Unión del Pueblo Entero) and We Count!, organizations that serve immigrant communities.

The latest figure is a milestone in accurately accounting for those families who were harshy impacted by Trump’s attempts to end illegal immigration. However, thousands more are suspected of being unaccounted for. A U.S. Health and Human Services Department’s internal watchdog noted that there may be thousands more children separated since July of 2017 that are not accounted for.