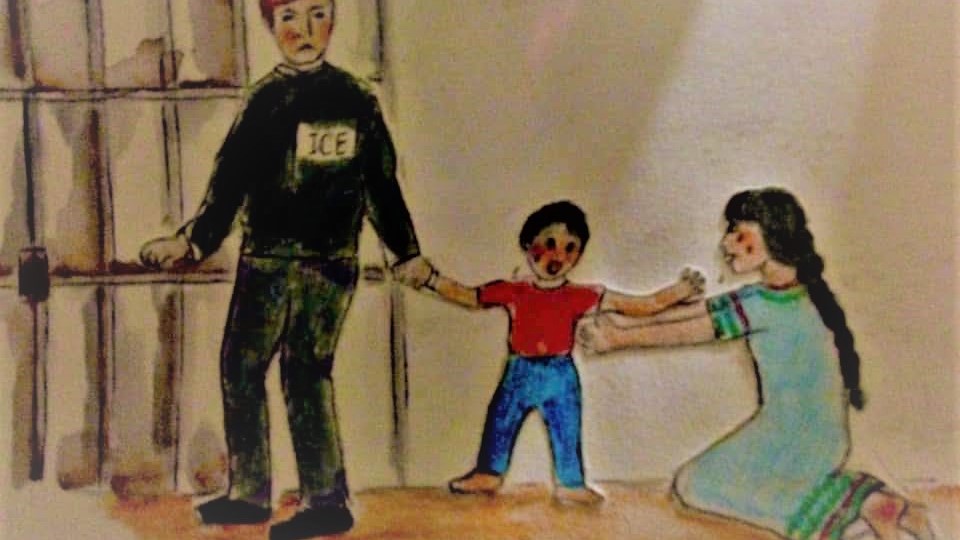 700 migrant women in U.S. custody are unaccounted for, their lawyers say

U.S. Immigration and Customs Enforcement moved 700 migrant women out of detention, including some who had serious medical conditions, without notifying their families or lawyers where they are. Now, in addition to the still unaccounted for children separated from their families as a result of President Donald Trump’s Zero Tolerance policy in 2018, there are an additional 700 migrants who are missing.

The women were being held at Karnes County Residential Center in Texas, and on Sept. 20, were transferred to other detention centers across the country to make room for incoming migrant families.

Karnes officials did not give the migrants’ lawyers a way to contact the women. As of early October, lawyers from the Refugee and Immigrant Center for Education and Legal Services (RAICES) had no idea where the majority of the women are being held, and are unable to find updated information using ICE’s online detainee tracking system, the lawyers said. Now, more than a month later, things aren’t any clearer for the lawyers.

Andrea Meza, who serves as Director of Family Detention Services for RAICES, told mitú that ICE isn’t legally required to inform anyone, including lawyers, when a detainee is transferred to a different location.

But, like the lawyers, she is particularly concerned about the health of the women with serious medical conditions. ]“I’m really fearful that their conditions could worsen. I don’t want them be in another ICE press release about death in detention,” Andrea said.

Transferring migrants without notifying their lawyers and family members is common practice on the part of ICE, a HuffPost report found. That is why migrants’ legal cases sometimes proceed without legal representation, particularly in remote areas where it’s difficult to attain lawyers in the first place. Meanwhile, migrants with severe health issue could die without someone in the legal arena to advocate on their behalf.

ICE has assured the media and immigrant advocates that migrants in custody receive “adequate medical care.”

An unnamed ICE spokesperson confirmed to HuffPost that  the migrant women at Karnes were transferred to other locations but fell short of explaining why their new locations had not been updated in the online tracking system.

Some migrants were denied lifesaving care while at Karnes, including cancer and HIV treatment, and that patients on suicide watch didn’t receive psychiatric counseling, HuffPost reported.

Lack of medical care of migrants is an established issue at immigrant detention facilities across the country. Seven immigrants died in ICE detention centers this year and six minors died in Border Patrol centers, many times precisely because they didn’t receive the medical help they required, HuffPost reported.

Lawyers have also expressed their frustration with ICE’s detainee tracking system. In theory, the online ICE Detainee Locator is supposed to have updated information about 24 hours after a person had been relocated, but lawyers said the site is unreliable.

Texas-based immigration attorney Kate Lincoln-Goldfinch said the resource works 50% of the time. “I think FedEx does a better job of tracking its packages than ICE does of tracking the people it detains,” Kate told HuffPost.

RAICES has brought attention to the issues at Karnes by collecting testimonials from female detainees and sharing them online and starting a hashtag and call to action, #shutdownkarnes.

As RAICES’ campaign gained traction, ICE announced that Karnes would be converted back to a family facility and any adult women housed there would be transferred to other detention centers.