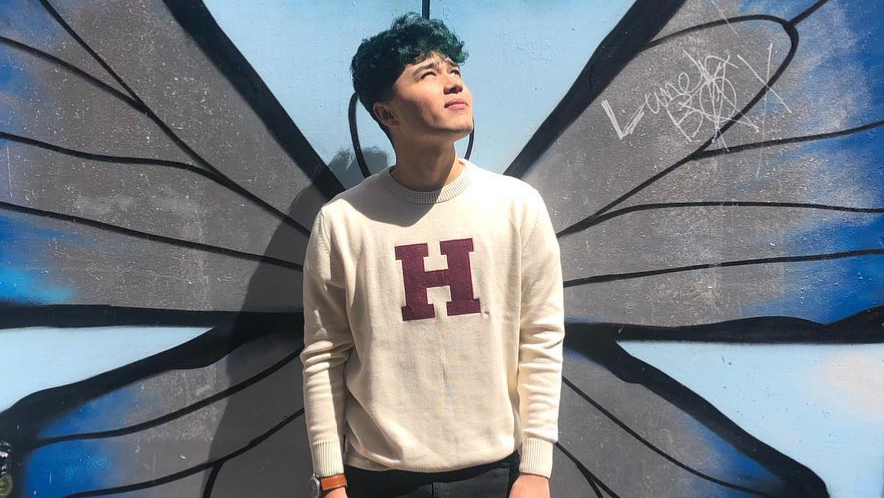 Despite the odds, Amado Candelario is a student at Harvard, debt-free

Amado Candelario grew up dreaming of becoming a Harvard student, one of the top Ivy League universities in the nation, despite the odds. The prestigious university only accepted 4.5% of applicants in 2019, and a new study notes that it proportionately benefits white students.

Raised by a single mother from Mexico alongside two sisters in Chicago, Amado grew up determined to make his mom proud despite those who thought his dreams were unrealistic. Growing up, people told him his goals were “too big,” and some went as far as to laugh at his ambitions. He remembers being in sixth grade when he identified his ideal campus, and promised to achieve his goal without burdening his mother with debt.

To make that promise a reality, Amado took Advanced Placement courses, was a member of the National Honor Society, and co-captain of the debate team at Solorio Academy High School on the Southwest Side of Chicago.

His hard work paid off. He was wearing a t-shirt emblazoned with his dream school in an emotional video where he opened the portal to see if he was accepted to Harvard last spring. He was accepted, offered a full-tuition scholarship and was selected as a U.S. Presidential Scholar out of a 5,200 nominees. The U.S. Presidential Scholars Program recognizes distinguished high school seniors and is considered one of the country’s highest honors for high school students through the U.S. Department of Education.

But acceptance into top universities leave many out, and legacy practices, which were created to justify keeping Jewish students out of elite schools, impact some more than others.

Harvard is not the only school giving preferential acceptance to relatives of donors, many elite U.S. schools give preference to wealthy applicants. And since these institutions historically have served predominantly white students, giving special preference to ‘legacy’ descendants only serves to perpetuate discimination.

In fact, the same week Amado got the life-changing acceptance, the Cambridge, Massachusetts institution admitted that 43% of white students accepted were legacies, recruited athletes, children of faculty or staff, or relatives of donors. Less than 16% of admitted students who fell into those favored categories were Latinx, African-American or Asian.

The magnitude of Amado’s accomplishment was cemented when he discovered he was the only low-income, first-generation, underprivileged student from Chicago in his graduating class. “I’m the only kid at Harvard right now, class of 2023, that’s from Chicago and didn’t go to a selective enrollment school, a private school, a predominantly affluent suburban school,” Amado wrote in a tweet that went viral soon after.

He says his preservereness was instilled in him by his immigrant mother who taught him to “defy the odds” and that hard work was the key to success. “I feel like for kids who come from marginalized backgrounds, being realistic can limit them,” Amado told NBC News. “You have to dream big and tell your intentions to the world.”

When he was a freshman in high school, Amado put his intention to attend Harvard in his Instagram bio. “There’s something powerful about manifesting and verbalizing what you want and telling yourself you are capable of that,” he said.