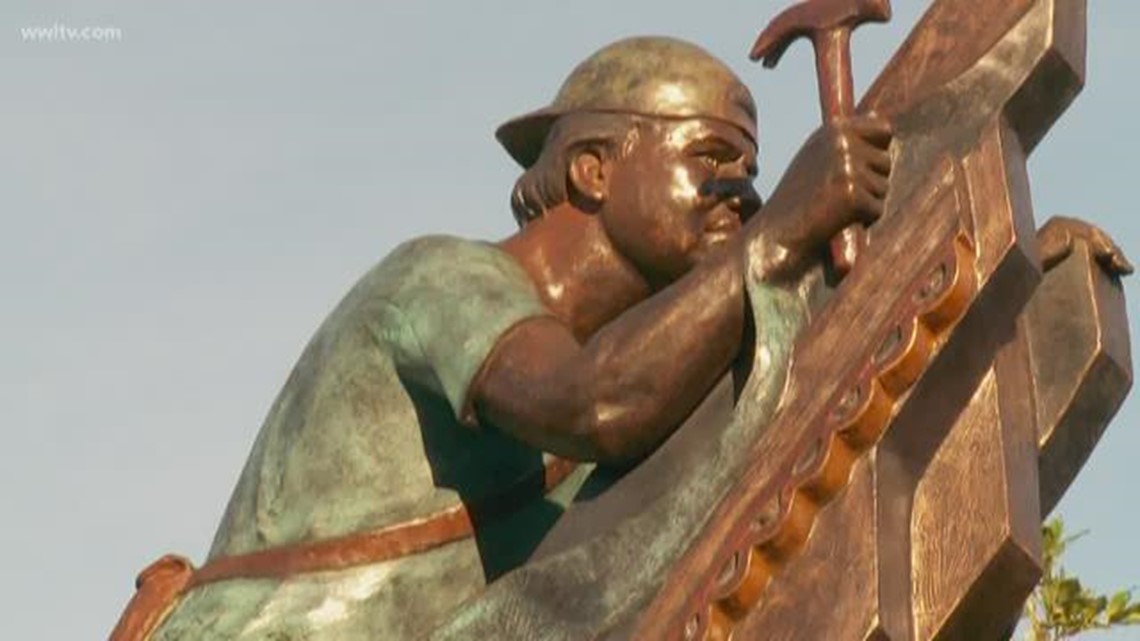 Who shows up when things are dire? Latinxs!

Santo Alvarados watched the horrific aftermath of Hurricane Katrina unfold from his television in Dallas, Texas back in 2005. The Honduran immigrant heard there was a huge demand for workers to help with reconstruction efforts and he immediately answered the call. He arrived in New Orleans at the end of 2005, where he joined 2,000 people who worked cleaning hospitals, schools and government buildings. Now, an 18-foot statue honors the Mexican and Central American immigrants who tolerated harsh working conditions to rebuild the deluged NOLA.

Many were Latinx immigrants who dropped everything to answer the call for help in New Orleans only to be met with unwarranted trials and tribulations. They became victims of wage theft and some fought to get their rightful wages as many as 10 years after the storm. Santos and his family were among the victims. He told NBC News that he and three family members were hired by a contractor to rebuild a home and were collectively still owed about $12,000 for an entire month’s worth of work.

Unfortunately, corrupt contractors weren’t the only culprits these hard-working Latinxs faced. They also dealt with discrimination from local construction workers who were afraid they were being displaced in the workplace. While New Orleanians took shelter elsewhere until it was safe to return home, it was Mexican and Central American immigrants who tolerated the harsh working conditions to help get New Orleans back into shape.

“The word was [that] there was a huge demand for workers to help with reconstruction efforts,” Santos told NBC News. He wasn’t wrong. The need was so dire that then President George W. Bush suspended enforcement of immigration regulations along the Mexican border, but in doing so, he also suspended enforcement of the law requiring workers on government projects be paid at the minimum federal rate. Unethical contractors jumped on the opportunity this loophole presented to get workers and not pay them fairly, or at all. Fortunately, Santos and many other workers reached out to the Congress of Day Laborers, which was formed by the New Orleans Workers’ Center for Racial Justice, to fight back against wage theft and the rights of laborers.

The 18-foot monument made of bronze and marble honors Latinxs and their labor post-Katrina service stands in Crescent Park, near the Piety entrance in New Orleans. Local physician Dr. Juan Gershanik commissioned it as a tribute of gratitude to the Latinx workers who revived the city in its time of great need. He says he was compelled to move forward with the statue after learning young Latinx children at local public schools looked down on labor jobs.

He told them it was thanks to their relatives, who worked long hours in the hot sun, for low pay, rebuilding their homes, that the people of New Orleans “got their town back.” The statue serves as a timeless reminder of their service complete with faces that appear Latinx and clothes similar to what workers wear.