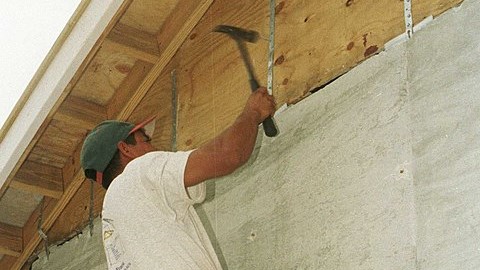 Doing away with undocumented workers will cause irreparable damage

Doroteo Hernández is a hard-working undocumented Mexican immigrant who dedicated 10 years of his life to Jupiter as a maintenance crew member. The golf course is known as one of President Donald Trump’s favorites to visit during his weekends spent at Mar-a-Lago in Florida. Doroteo, who is described as a petite man with a weather-beaten face and workman’s hands by the New York Times, was fired in late March and forced to hand over his 11 work shirts embroidered with his name and the name of the club, 11 pairs of khakis and a club cap. His supervisor, in turn, praised him for his work and bid him with a farewell hug.

Doroteo had supported his parents and siblings back in Mexico with the money he made at his job. “I’m battling on. Everyone just wants to take care of their family,” he told the New York Times.

Trump has been the subject of scrutiny for his almost totalitarian-like anti-immigrant policies while owning lavish private clubs in South Florida, including his Mar-a-Lago estate, that employ undocumented immigrants. The president blames a short supply of U.S.-based labor workers that has forced him and others in the hospitality industry to hire undocumented immigrants. But the hiring of immigrant labor could soon change at the Trump Organization, where the company has taken discreet measures to eliminate undocumented workers from its labor pool in South Florida.

A bill that would put a stop to employment-based immigration from any countries (except India or China) is headed back to the floor of the U.S. Senate soon. In states like Florida, that greatly rely on the labor of undocumented workers, it could have catastrophic consequences on the economy and morale of the community. “If it goes through, no one in Florida, except Indian nationals will get residence through employment for the next decade or more. This will kill Florida, basically end all future Hispanic employment immigration in the U.S.,” Tammy Fox-Isicoff, board member of American Immigration Lawyers Association, told The Miami Herald.

Immigrant workers know the dire consequences that not having them on payroll will have on the companies they formerly worked for and the local economy. “The know-how that I have, the work I do, can’t be easily replaced. No American wants to do it,” said Giovanni Velásquez, a 23-year-old maintenance worker from Guatemala who also lost his job due to his legal status.

Giovanni and Doreteo were among seven maintenance workers who were fired because they lack proper legal documentation by the Trump Organization. Méndez, an immigrant worker who only gave his last name to the media, said he was quickly offered a job at a different golf resort, but at a pitiful rate of $11 an hour. “If we take a job at a golf club for less, we are moving backward instead of advancing,” he said. If this bill moves forward, many agree, it will cause irreparable damage.