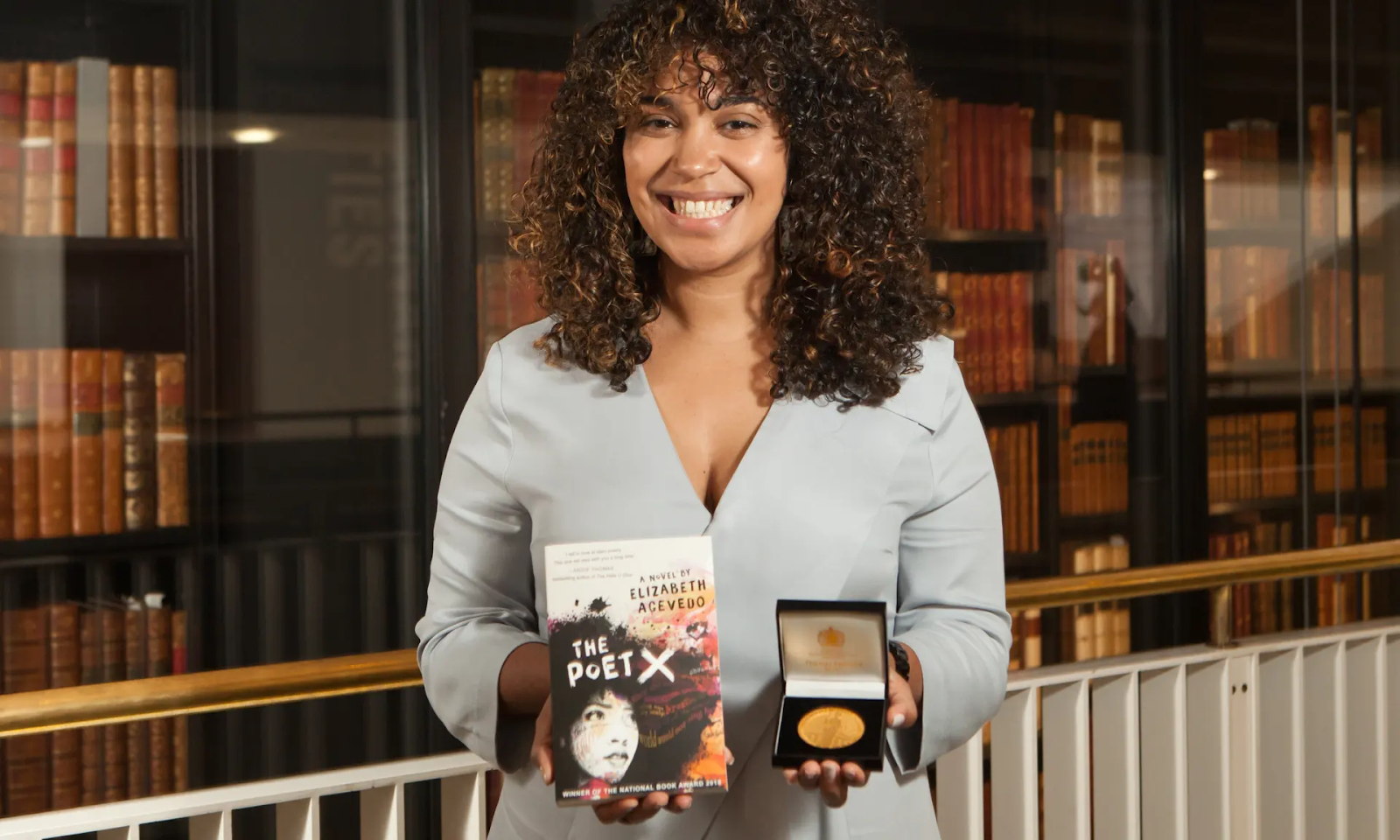 Afro-Latina author brings courage, struggles of Latinxs to life in “The Poet X”

As an 8th grade school teacher in Maryland, Elizabeth Acevedo was stunned when one of her students kept rejecting the books on her suggested reading list. When she asked her student, Katherine, about it, Katherine said none of the books reflected Latinxs. So Elizabeth, an Afro-Dominican, set off on a mission to write a story that reflected the sights, sounds and people of the neighborhood she and her students came from.

She created Xiomara Batasta, the lead character in her debut New York Times best-selling novel, “The Poet X.” Coming of age in Harlem whilst raised by a religious mom is no easy feat. For Xiomara, it makes for a lonely life surrounded by people who didn’t seem to understand her. She expresses herself through fists and fierceness. She accepts an invitation from her school’s slam poetry club, where she finally finds the confidence to be her true self, curves and all.

“This was a girl who physically seemed to be taking up so much space but felt she had to be withdrawn, she was afraid to push boundaries,” Elizabeth told the Guardian. “Her body takes up so much attention it would be easy to forget all (the) things she’s thinking, things she won’t say. I want to be really close to those feelings and show the everyday magic and beauty that quiet folks can hold.”

Since its publication in 2018, “The Poet X” has become a sacred reading for Afro-Latinas and others who have fought for their place in society. So great was the impact of her debut novel, that Elizabeth earned the prestigious Carnegie Medal. It’s a British literary award that recognizes one outstanding new book for children or young adults annually. The medal was founded in 1936 and named in honor of Scottish-American businessman Andrew Carnegie who founded 2,800-plus libraries globally.

It’s the first time the award has gone to a writer of color — and the 14th time it was awarded to a female — so it was no surprise Latinxs came out in droves to publicly celebrate Elizabeth’s accomplishment. Carita Pela tweeted that she feels like Elizabeth won “for all us Dominican-American girls.” Elizabeth, who released her second book “With the Fire on High” in the spring, thanked the Latinx community for its support “I am because you are,” she wrote in an Instagram post.

The judges who determined “The Poet X” as the Carnegie medal winner call it a “searing, unflinching exploration of culture, family, and faith within a truly innovative verse structure.” They note the book’s powerful depiction of how females can grow to love their own skin. The win is especially momentous after the Carnegie Medal was criticized two years ago for releasing a 20-book long list of all white nominees. This is proof that our gente’s literature is finally being accepted and celebrated by mainstream audiences.