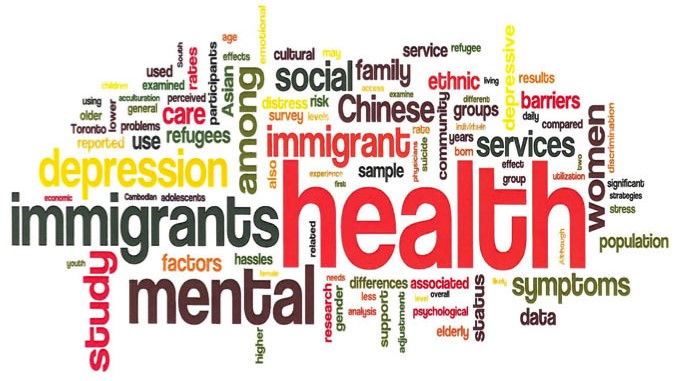 Some immigrants avoid doctors, even in life threatening cases

In June we celebrate Immigrant Heritage Month to recognize that immigrants contribute in multiple ways to the thriving economy and overall abundance of this country. But many immigrants live in a climate of fear, especially if they or someone in their family  are undocumented. For some immigrants who live in this country in limbo, the fear of deportation is so constant and potent, that many put off medical emergencies.

Leaving family and all they know behind if they are detained and deported is reason enough for some to risk their lives by avoiding doctors and hospitals. But not getting treatment can put them in danger, and the consequences can be dire.

One example includes José Jimenez, who told NBC News that his father was too afraid to go to the doctor even after the signs of melanoma appeared on his face.

The elder Jimenez had to be convinced by his family to see Dr. J. Luis Bautista, whose clinic is a safe space for farmworkers in his community since he’s told patients he won’t collaborate with ‘la migra,’ referring to the U.S. Immigration and Custom Enforcement (ICE).

Other immigrants rely on home remedies to treat diabetes, high blood pressure and other illnesses that need immediate care. Julia Rojas ignored piercing pain in her lower abdomen and spent the day drinking hot water with mint leaves, a soothing remedy for upset stomach. In her case, the pain continued and forced her to seek help, and doctors immediately removed her gallbladder.

When health situations get out of control, doctors report seeing patients for the first time with advanced cancers, or feet that are necrotic and have to be amputated.

These are just some of the many stories that never reach an audience, of how fear can lead to drastic health consequences. As celebrations for Immigrant Heritage Month this June recognize the various contributions from immigrants, it’s important to also look at how our immigration system impacts their health.