It’s hard to argue against the fact that racism and hate-crimes against Latinos have increased since President Trump took office. The number of recent incidents has angered nuestra gente.

A friend, Esteban Guzman sent me this video of a racist white woman harassing him while out working with his mom.

"Why do you hate us?"
"Because you're Mexicans."
"We are honest people right here!"
"Haha..yeah.. rapists & animals."

According to an FBI report, anti-Latino crime spiked by 24 percent since 2016, while major hate crimes grew across the board against religious and ethnic minorities. One of the most recent examples is in 2018 when a Latino mother and son who were doing yard work in California were verbally attacked by a racist woman who called them “rapists, animals and drug dealers.” The encounter went viral https://www.theyucatantimes.com/2019/02/hate-and-extremism-spikes-across-the-us-in-anti-latino-hate-crimes/ 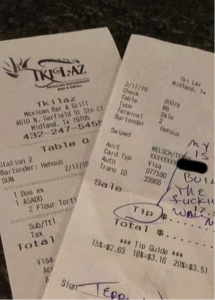 Hehsus Baeza, a bartender at a West Texas Mexican restaurant, was upset after finding a “tip note” from a customer that said the tip was to be used to build the wall between Mexico and the United States. Baeza used the experience to advocate for victims of discrimination to stand up for themselves and for everyone to treat others with respect. https://www.yahoo.com/lifestyle/customer-allegedly-writes-build-fing-wall-now-mexican-restaurant-receipt-002641877.html 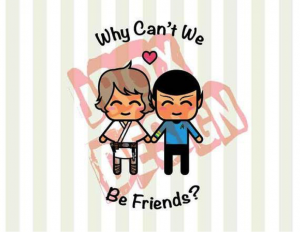 Latinos are regularly subjected to cruel and ignorant remarks from fellow Americans. But nowadays there is less tolerance for hate. Together we can stamp it out.