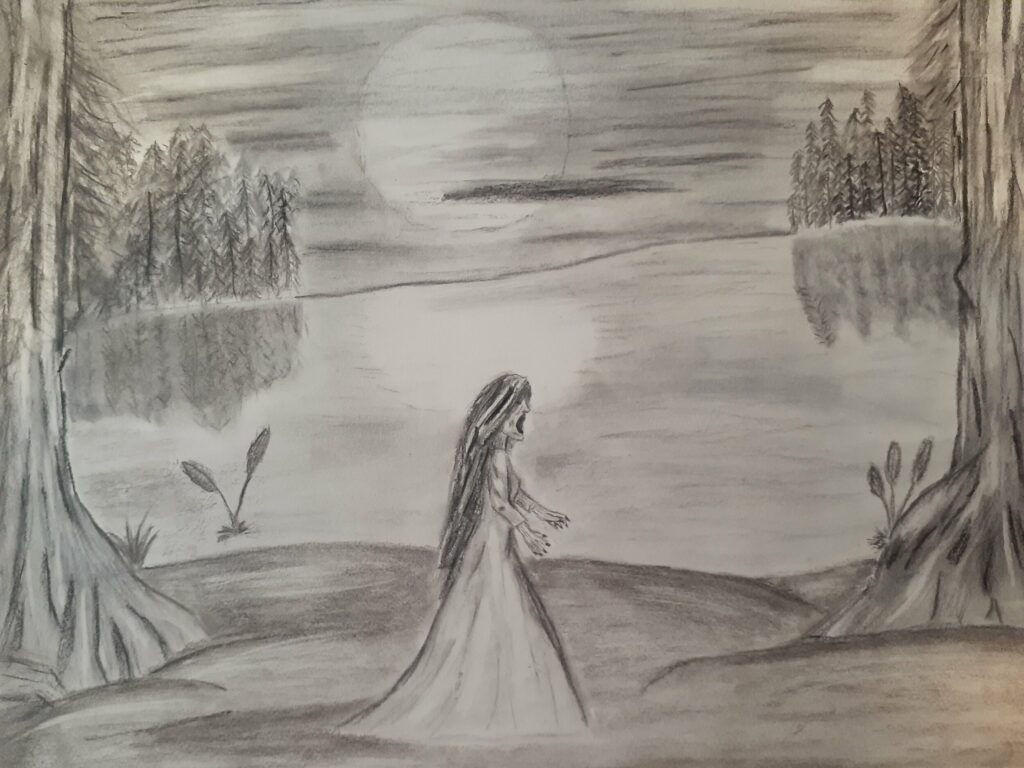 Jayson Conyette-James: Long, dark hair covers its entire body. Captivating, glassy, almond-shaped eyes. The Ciguapa is agile and fast. It lurks in the night chirping and whining like a baby in distress. Its feet face backwards, making it hard to track, and even harder to anticipate. Legend has it that the Ciguapa roams the mountains and forests of the Dominican Republic. It has one, evil goal… To invade the homes of unsuspecting villagers, steal their food, and bring death to wandering, lonely men. If a man dare lay eyes on its glaring stare, the Ciguapa instantly hypnotizes them, takes them back to its lair and devours them whole, trapping their souls for eternity.

Liz Alarcón: We’re getting deep into spooky season on this episode of the Pulso pod! This spine chilling mythical creature is one of the many monsters that haunted Latino kids everywhere! And who’s to blame for the traumatic scares we grew up with? Our parents…

Frank’s Mom: Hi Frankie, how are you?

Frank Lopez: I was calling because remember those stories you used to tell us, uh, when we were kids, those scary stories? I was wondering if you could tell me, one of them.

Liz Alarcón: That’s Frank and his mom. Frank is our News Editor here at Pulso. He’s also our resident creepy guy, but not in that way…what I mean is that for some reason, frank and his whole family are for lack of a better word, CURSED! His whole life he’s always had run ins with mysterious circumstances.

Frank Lopez: My mom was also the queen of telling scary stories. My cousins all loved going to her can you tell us that scariest story? Can you tell us a scary story? Um, so she would just like have us sit on the couch and she would

Frank Lopez: She would terrorize us. she would just get into our faces and just like, really be dramatic about it we would go back to her later on ,Mom, can you tell us that story again? So we enjoyed being scared.

Liz Alarcón: But it wasn’t all just stories, strange things would happen around his family

Frank Lopez: Things like my mom would talk about how when she was really little, you know, the little machines that you put a coin in and you can get a gum ball out of, she would do that. And she would always know what color gumball she was going to get, or she’d always know what toys she was going to get. And then even still later, my mom would have dreams of someone dying and then within a week or so someone would die.

Liz Alarcón: And at a certain point in Frank’s childhood, something happened that brought the spooky happenings to a whole new level.

Frank Lopez: November 30th, 1989. My brother’s seventh birthday. Um, so we had a small little get together. And my aunt gave my brother a game. I didn’t even like saying the name of it. When he opened it, I started crying. Like I just did not, like I did not like that.

Liz Alarcón: And the game he’s talking about is of course, a ouija board. So after an evening of asking questions to the ouigi board, frank and his family went to sleep and to school the next day.

Frank Lopez: When I came home from school, I couldn’t find it anywhere. I was looking all over. My mom was on the phone talking in Spanish, which meant she didn’t want us to know what she was saying.

Liz Alarcón: While he was gone, his parents had tried playing with the ouigi board, and the answers it gave them were….disturbing, so

Frank Lopez: That evening my parents took, they said that they returned it to the store. I later found out that they actually threw it in the dumpster behind a grocery store. It was probably a week or so afterwards, my brother and I would see things in the house. I was sleeping on the ground in my parents’ bedroom cause I was too afraid to sleep in my own room. And I woke up and I remember sorta like behind my, my head. Um, I saw

Liz Alarcón: Frank saw 2 lights floating behind him in the dark bedroom. Could it have been the luz mala? The Luz Mala is the bad light famous in Argentine and Uruguayan folklore.

Jayson Conyette-James: Luz Mala’s atmospheric glowing orb with wisps of light emanating from it, is sentient. The light is a physical manifestation of a soul, broken out of the celestial sphere, crying in pain. For some reason, the soul was not given a proper burial, and because of this, it’s trapped between the spiritual and physical world. Luz Mala mysteriously hovers aimlessly in search of someone to help guide them to a home as its brilliant light captivates all who lay eyes on it. Some who have supposedly followed it and survived have only found broken pottery and human remains. It appears in typically dark rural barren areas, during the driest times of the year, and if you dare get close enough to the light, you’ll sense a gaseous odor that smells of decomposed bones and is fatal to any human. To make matters more terrifying, the light has a sound, the screams of pain and terror.

People also believe that sometimes the light is directing its victims toward treasure, and that only the bravest can find it. Those who believe this go and look for it, risk their own peril.

Frank Lopez: It was maybe only like a foot off the ground. I just kept trying to stare at them. I was like, do I go to touch them or not? I didn’t want to, I just closed my eyes and just kept praying. It was a bad light and an evil light.

Liz Alarcón: And after this, franks mom knew it was time to fix the situation like most of us would when our house is being haunted…

Frank Lopez: She went to the church, got some holy water, blessed to the entire house, every single entryway, every single thing, and thank God after that, we stopped seeing things.

But it wasnt completely over for Frank.

I still though would have bad dreams in that house until we moved out and for years, years after, I, would wake up sometimes on occasion screen. And I still vividly remember it. And I still am afraid of that.

Liz Alarcón: You’re not scared are you? Good. I hope you’re still in the Halloween spirit because there’s one more story that may take you back to your worst childhood memories. She would haunt young children all across Mexico, Central and South America. Her name is La Llorona.

Jayson Conyette-James: You’re walking in a dark forest, maybe you were out on a midnight stroll and got a little, lost. One of those turns about a mile back must have been wrong because you don’t recognize the trail anymore, in fact, it doesn’t look like you’re even on a trail anymore… and out here in the dark woods, it all looks the same anyway…. Just big dark trees, and all the long shadows they make under the moonlight. Do you hear that? Looks like you’ve stumbled on a river. They always say to follow the river when you’re lost right? What they don’t tell you is how thick the mist gets at night and how with the full moon the way it is tonight, it almost looks like it’s moving, a funny trick of the light. But it really does look like it’s moving, waving, almost, like a dress. Hear that? I’m not superstitious but, it sounds a lot like la Llorona doesn’t it?. Oh, you don’t know the story? Well, there was a woman, many years ago, a beautiful woman who married the love of her life. They had two children together, but one day, he left for another woman, left her all alone with 2 young children. In a blind fit of grief and hopelessness, she took her 2 children to the river, held them under the water until they drowned. Then, she threw herself in along with them. Instead of passing on to the afterlife, she haunts lakes and rivers wandering around in dispair, her wedding dress tattered and torn, desperately searching for her children. Some nights, If you listen closely you can her crying and calling out, Mis hijos, Mis hijos… 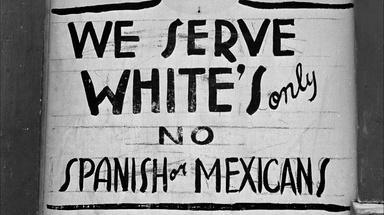 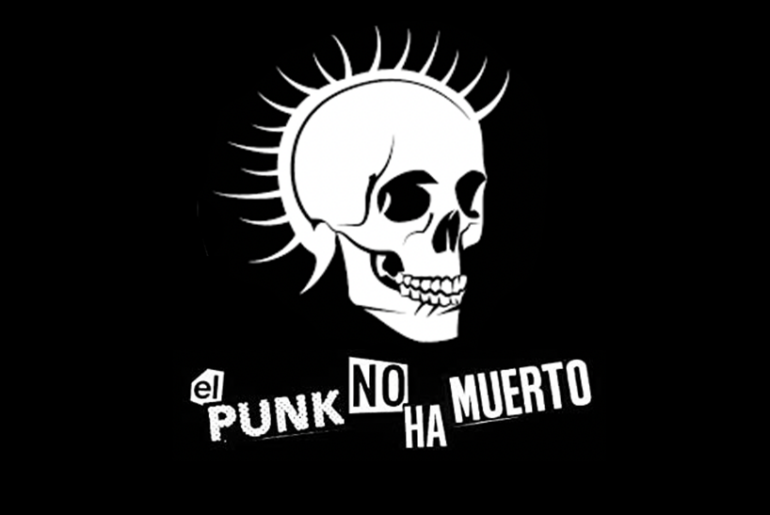